The German team ROWE RACING announced this week that they will return to the Spa 24 Hours race on July 27th-28th, 2019 – the place of their biggest successes, with a victory in 2016 and 2nd place in 2018 – with two Porsche 911 GT3 R, and six Porsche works drivers and Porsche Young Professionals.  The driver line up for one of the Porsche 911 GT3 R in Spa will be Le Mans Winner Nick Tandy (Great Britain) together with 2 French drivers, Frédéric Makowiecki and Patrick Pilet.  The second car will be driven by Porsche works driver and former DTM racer Dirk Werner (Germany) and two Porsche Young Professionals, Matt Campbell (New Zealand) and Dennis Olsen (Norway).  This car will not only compete in the 24 Hours of Spa, but also in all other five races of the Blancpain GT Series Endurance Cup: Monza, Italy, April 14th; Silverstone, England, May 12th; Circuit Paul Ricard France, July 1st; Circuit de Barcelona-Catalunya, Spain, September 29th. 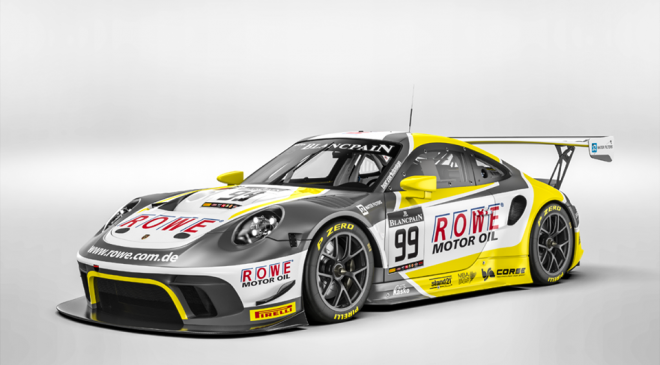 While ROWE RACING enter in this new partnership with Porsche for 2019, it is done in close collaboration with long standing partner ROWE MINERALÖLWERK GMBH.

Hans-Peter Naundorf, Team Principal ROWE RACING: “2019 brings an exciting new project for ROWE RACING.  We are realigning our international appearances in a totally new direction and are particularly delighted to contest the 24 Hours of Spa with Porsche.  A project that our partner ROWE MINERALÖLWERK GMBH is supporting enthusiastically.  It is a real honour for us that such a renowned manufacturer that enjoys great success in motorsport such as Porsche is placing their trust in our team to compete with the latest generation of the 911 GT3 R.  The name Porsche has a special ring to it in motorsport as a whole and in the sports car sector in particular.  We not only have an extremely competitive race car, but also get to work with first-class Porsche drivers, whose successes speak for themselves.  We are particularly looking forward to Spa, a track that we have the very best memories of.  We definitely want to be fighting for the win there again, and would love to repeat the success of 2016.  Back then we were victorious in Spa the very first year in a car that was totally new to us.”

The announcement also triggered immediate questions by fans, and concerns, about the participation of ROWE Racing in the VLN Endurance Series at the Nürburgring, and the 24 Hours of Nürburgring – as well as questions concerning whether ROWE RACING will still continue racing with the BMW M6 GT3.  It was confirmed the same day in comments in the Social Media channels, that ROWE RACING will in fact continue to be competing in VLN and the 24 Hours of Nürburgring in 2019, exactly with the 2 BMW M6 GT3’s.  The preparations of the ROWE RACING BMW M6 GT3’s has already been kicked off.  One car is currently being totally rebuilt, and both cars will soon receive their new livery for 2019. 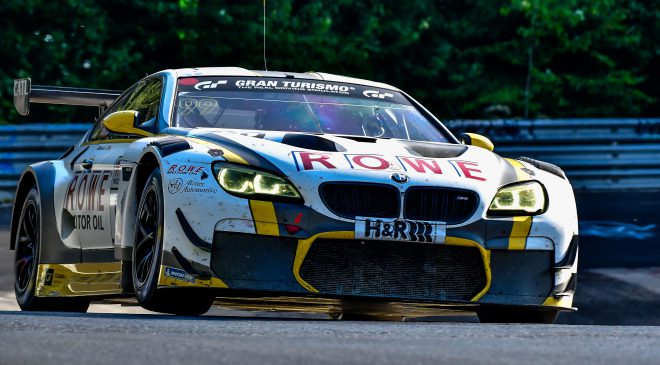 In an interview published today by Motorsport Competence Group AG, parent company of ROWE RACING, team principal Hans-Peter Naundorf (and CEO of MCG AG) said „the dual strategy with BMW and Porsche is a new challenge for ROWE RACING“.  But Mr. Naundorf expects this to be manageable, and may be to even enhance performance between the two independent programs: “We feel that it won’t be a big issue for our team, but we will only know for sure at the end of the season.  In general, it is not only the cars that are different, whereby the drivers in action are used to ‘their’ cars.  The regulations and the tyres used in the Blancpain GT Series are also slightly different than at the Nürburgring, meaning that it already wasn’t possible to transfer knowledge on a 1:1 basis.  Meanwhile our engineers and mechanics know every last screw in the BMW M6 GT3; familiarising themselves with the Porsche 911 GT3 R is now a new challenge.  We are therefore deliberately introducing new stimuli and expect this to enhance our performance overall.”

Only a few months ago, in October 2018, ROWE RACING was still in evaluations and discussions with BMW Motorsport about becoming one of the BMW customer teams in the DTM series.  The probability of this was judged back then by ROWE Racing’s team principal Hans-Peter Naundorf – a former DTM Mercedes Engineer – at about 50%.  However, towards the end of 2018 Hans-Peter Naundorf already had clarified that he never thought of ROWE RACING in this context, but had looked at it as a project for the parent company Motorsport Competence Group AG.  Initially there could have been a business case for it, but it got ruled out in the end due to a too big financial gap, and other reasons.