Only two months after his retirement as team principal of the Schnitzer BMW Team – right after the Macau Grand Prix which Augusto Farfus won for Schnitzer in a BMW M6 GT3 – Charly (Karl) Lamm has died rather suddenly at the age of 63 years on Thursday January 24th, 2019, after a very short but severe illness. 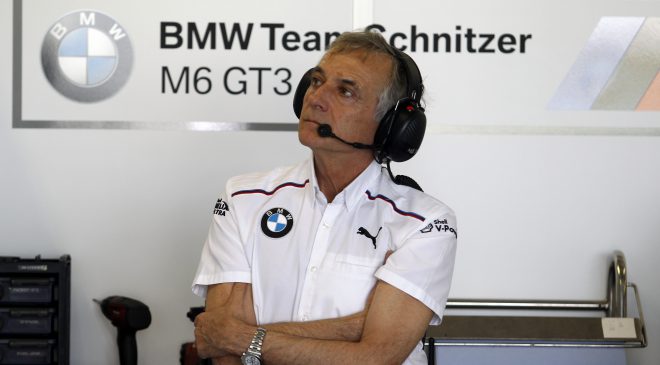 This news today has put a large part of the motorsport world in shock and sadness.  Team Schnitzer, BMW Motorsport, drivers, fans, and even BMW’s competitors, issued statements on social media, reflecting on the impact Charly Lamm has had on them, showing the respect for one of the most successful team managers in GT/Touring Car Racing over several decades, or simply mourning his unexpected death.

Charly Lamm – who was a step brother of the founders of BMW Team Schnitzer Motorsport, Josef Jr. Schnitzer and Herbert Schnitzer – had started working in the team in the early 1970ies, when he was still a teenager at school.  He worked his way up and became the Schnitzer BMW Team manager in 1981.  Under his leadership, the team became one of the most successful teams in GT- and Touring car motorsport over several decades – winning various championships such as ETC (European Touring Car Championship), the German DTM series end of the ’80s/’90s, British Touring Car Championship, Japanese and German STW series, American Le Mans Series class title, WTCC, German DTM when BMW returned to the series in 2012.  Schnitzer also won various times prestigious races with Charly Lamm at  the helm – such as Nürburgring 24 Hours, Spa 24 Hours, and several times the GT World Cup at Macau, the last time just a few months ago at the end of 2018.  The success that Charly Lamm himself considered as the crowning achievement of his career, was when the Schnitzer Team won for BMW the 1999 Le Mans 24 Hours with the BMW V12 LMR prototype. 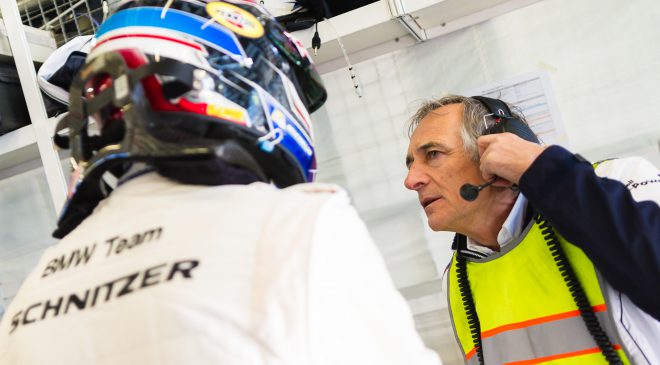 Statement published by Schnitzer Motorsport on their Facebook page:

On Thursday, 24th January 2019, Karl “Charly” Lamm was taken from us after a very short and grave illness at just 63 years of age. Everyone at Schnitzer Motorsport is shocked by this unexpected loss. Our thoughts are with Charly’s wife and sons.Please understand that we will not be answering any further questions on this tragic turn of events at present.

“Totally unexpectedly we received the news from the Lamm family that Charly Lamm died on Thursday. Our sincere condolences go to the Lamm family and the Schnitzer family. It is incredibly difficult to accept that Charly is no longer with us. He had a significant impact on racing at BMW for decades, celebrated major successes with his team, and wowed fans around the world with his unique passion for racing. Losing him so suddenly is a shock and a tragedy – particularly because Charly was just about to start a brand new chapter of his life. We mourn the loss of a character who was both valued and loved internationally, who will always be closely linked with BMW Motorsport. Thank you for everything Charly. We will miss you forever.”

“The news of Charly Lamm’s sudden and – for me – totally unexpected death has shocked us at Audi as well. The motorsport family has lost a charismatic personality and wonderful individual. The way in which Charly Lamm lived for motorsport was second to none. He was a true sportsman, more than fair competitor and always saw the big picture. Conversations with him were always very inspiring for me. For me, he was a role model. Our sympathy goes to his family and the entire Schnitzer team that Charly Lamm lived for.”