The news concerning team-, driver, and car changes in the VLN Endurance series for 2019, keep flowing in these days.  AVIA racing and Sorg Rennsport have announced a new partnership last weekend.  They will collaborate for racing in VLN, deploying together one BMW M4 GT4 and one BMW M240i Cup. 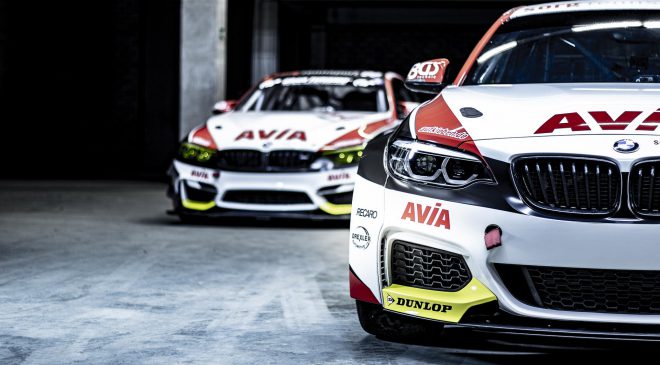 AVIA racing has been active in motorsport since 2011, with several successes in VLN and in the Nürburgring 24 Hours.  For some years, the highlight of the AVIA racing program had been the Aston Martin Advantage V8 GT4.  Other cars that were raced by AVIA racing, had been the Renault Clio RS in SP3 class, or a BMW M235i.  Until 2018, AVIA racing had received race support by Mathol Racing.  The new partnership with Sorg Rennsport is opening a new chapter now for AVIA racing.  Sorg Rennsport, the team which is run by the two brothers Daniel and Benjamin Sorg, has been present in motorsport for over 25 years, with successes in several series. 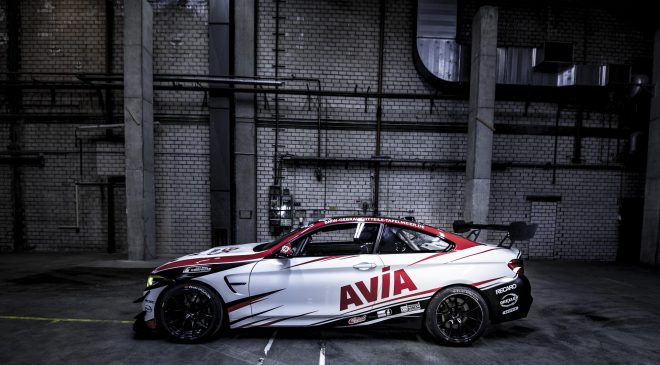 “After several years of excellent support given and after many successes, the paths of AVIA racing and Mathol will split.  Due to the planned Brexit and the related uncertainties with regard to pricing, also for replacement parts, a purchase of a new Aston was not an option.  We also did not consider to make further investments into the old Aston, given the very competitive field around us.  We’d like to thank Matthias Holle, the drivers, and the entire Team Mathol Racing, for the collaboration.  It’s now time for a change, and Sorg Rennsport came quickly to our mind.  AVIA supports Sorg Rennsport already with lubricants.  The good and trustful collaboration will now be extended through this further engagement.  The BMW M4 GT4 has proven to be reliable, and the team knows the car in all its details, therefore it is a promising package.  I look forward with pleasure to us delivering exciting- and successful races for our fans.”

“As we have been using for 4 years the products of AVIA in our cars with success, and already collaborated well and with pleasure with AVIA and Stephan Hauke, we look forward positively to taking the next step together.  The AVIA Aston was very successful and has turned into a legend in VLN.  We will do everything to continue this success story.  After we were able to win the VLN GT4 class in 2018 against a very strong Black Falcon Team, the expectations for 2019 are even higher, and we know it certainly won’t be any easier.  We are happy to announce already now, that Heiko Eichenberg who had been one of the two successful drivers, will attack also in 2019 in the AVIA racing BMW GT4.  And with our fast Norwegian Inge Hansesaetre, also one of the drivers of the AVIA racing BMW M240i has already been identified.”

The 430 hp powered BMW M4 GT4 in its new livery, will have its first roll out by end of January in Portimao/Portugal, before the VLN Endurance Championship will kick off on March 23rd, 2019.

The AVIA racing Renault Clio RS will continue to race in VLN, receiving race support by the „aufkleben.de“ Motorsport Team.  Drivers will be team principal Stephan Epp, together with Gerrit Holthaus and Michael Bohrer, and they will run in class H2 in VLN. 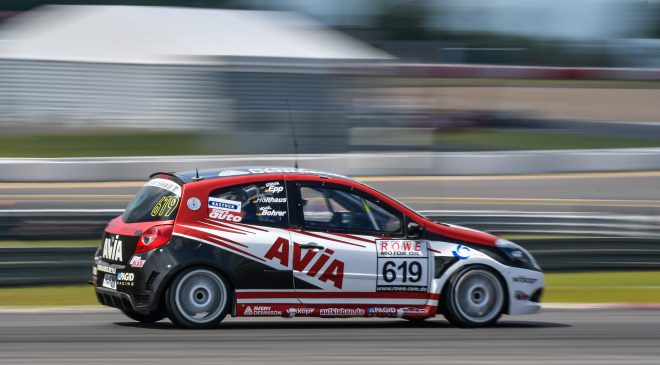