We already reported last Saturday, January 26th 2019, about this potential plan.  It now has been officially confirmed by GetSpeed Performance, that they will be changing from Porsche to a Mercedes AMG Customer Program for 2019, racing with AMG GT3 and GT4 cars in the VLN Endurance Championship and in the Nürburgring 24 Hours.  GetSpeed Performance yet will also expand their activities into other series.  They will deploy up to 10 AMG GT GT3 and GT4 in total, and in addition to VLN and N24h, participate with two AMG GT4 in the new ADAC GT4 Germany series (race events taking place with the ADAC GT Masters), and with four AMG GT3 in the GT Open.  Furthermore, it is planned to race with two AMG GT4 in the Belcar series in Belgium, including the Zolder 24 Hours race. 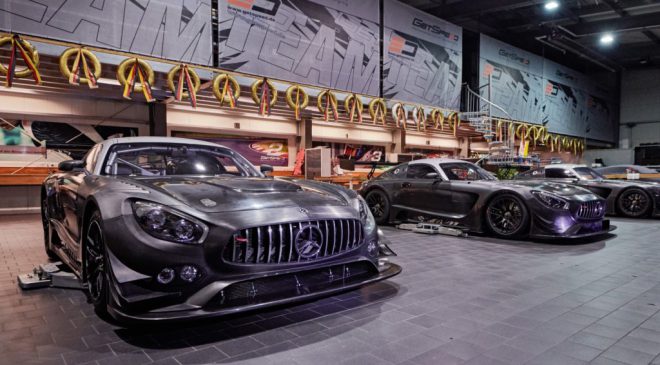 Adam Osieka, Team Principal GetSpeed: ” After six years with Porsche it was the moment for us to accept a new challenge. With this move we are opening a new chapter for our GT3- and GT4-projects. The cars and the support we will receive from Affalterbach, will offer ideal and long-term development perspectives for this. We are very happy to build our program further, together with Mercedes AMG, and to tackle new racing series. Of course, I would like to thank Porsche most warmly for the long lasting and successful collaboration.”

Shortly after this confirmation by GetSpeed and linked to that, J-2 Racing announced in a short Facebook post their plans for 2019. 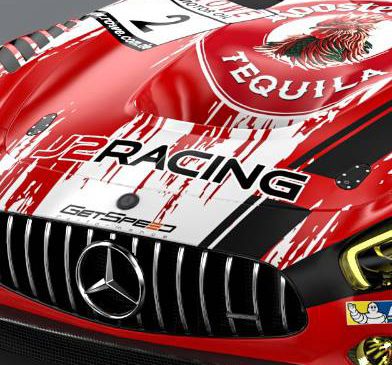 The J-2 Racing Team of John Shoffner and Janine Hill (in the picture below, with driver Fabian Schiller), who had been racing in VLN and the Nürburgring 24 Hours with a Porsche 911 GT3 Cup supported by GetSpeed, will also move to Mercedes AMG.  At the same time, they will move up to a GT3 SP9 class car. 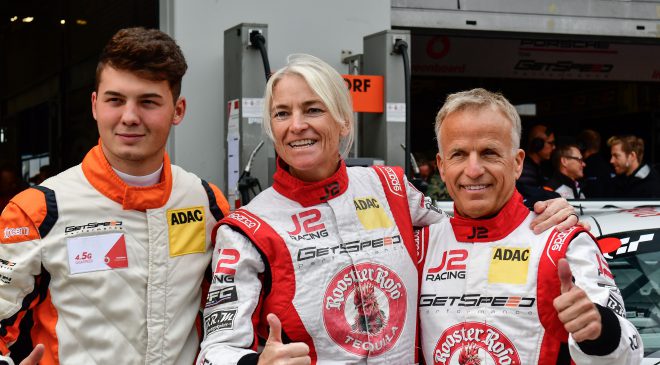