Falken Motorsports starts the 2019 VLN season with the new Porsche 911 GT3 R (991.2), which they already tested at the end of the 2018 season in VLN Race #7 as first Porsche Customer Team. The new specs car continues to use a 6 cylinder Boxer engine which delivers about 550 hp, and has improved aerodynamics. At the test during VLM Race #7 in 2018, the new specs car reached the performance levels of its predecessor model straight away, without previous set up work. 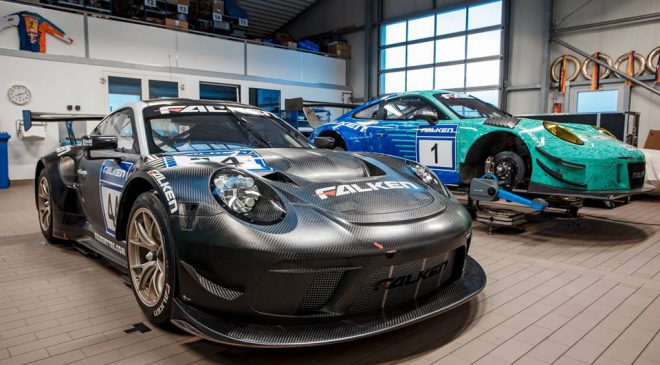 The driver line-up for the Falken Porsche will be the two Austrian drivers Martin Ragginger und Klaus Bachler, as in the previous year. They will be supported by the Porsche factory drivers Dirk Werner (Germany), and returning Jörg Bergmeister (Germany).

The predecessor model got “retired” after the VLN season final 2018, VLN Race #9 in Oktober, with a special invitation for all fans. Everyone who wanted, was allowed to sign on the car and leave special greetings. This was very widely used by fans, and the car was covered all over with signatures and greetings in hand writing. Then it took off for its last race – and achieved a victory for Falken Motorsports, winning the overall race classification. 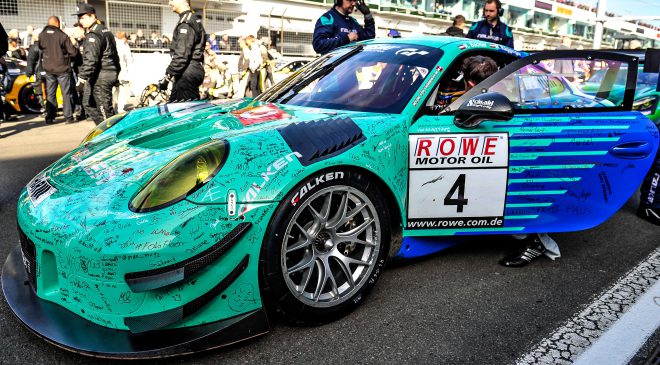 Falken Motorsports will continue to race in VLN with a BMW M6 GT3, too – in addition to the Porsche 911 GT3, exactly as in the previous years. The driver line-up is well familiar: Peter Dumbreck (GB), Alexandre Imperatori (CH) and the two BMW factory drivers Stef Dusseldorp (NL) und Jens Klingmann (GER). 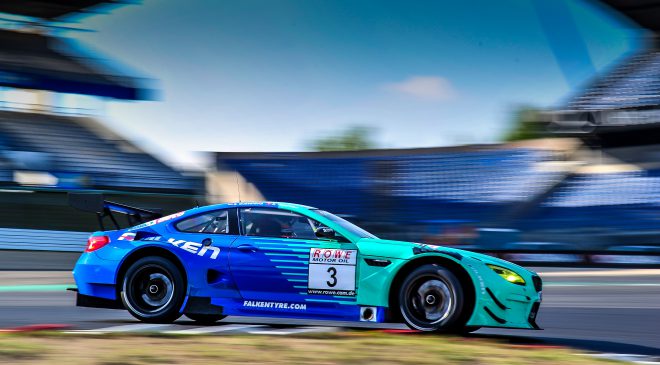 Both Falken race cars will be prepared for the season in a 3 days test early February at the Autódromo Internacional do Algarve in Portimão, Portugal.

Falken Motorsports started back in 1999 to race on the Nürburgring Nordschleife (northern loop), initially with a Nissan Skyline GT-R R33. Since 2011 they have been working together with Porsche. In the last season in 2018 they accomplished their best results so far, with two race wins (one having been a 1-2 finish with both cars), and seven podiums.