The VLN Organisation have been having constructive discussions with the ILN (Interessengemeinschaft Langstrecke Nürburgring, meaning interest community endurance Nürburgring, which are representatives of the teams). ILN recently had raised several points of criticism against some suggested changes concerning the new entry call regulations for the VLN 2019 season. It seems that the right compromises have been agreed now by both parties. 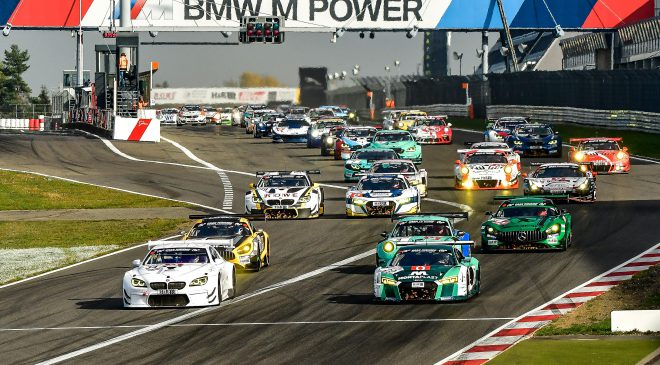 The points that got agreed, are the following. Firstly, VLN has released the previously reserved and yet not needed advertising space above the rear wheel arches, in order to give the teams further opportunities for marketing and selling the advertising space themselves. Secondly, the subcategories of the GT3 class SP9 are adapted to international standards. The subdivision will be done according to the scheme “Pro”, “ProAm” and “Am”. Thirdly, it was again confirmed to ILN what was already said in December at the Essen Motor Show, that in 2019  work on the vehicle may be carried out unchanged during the refueling process. Initially, and different from what has now been confirmed, there was given an indication that such work could not be carried out if it would be done too close to the fuel intake port. This would have meant disadvantages or advantages for the different teams and cars, depending on the position of the fuel intake port, for example when it comes to tire changes while the fueling is done. Lastly, and by contrast, the new entry fee structure introduced this year will remain unchanged. This entry fee structure is more geared to the deployment costs of the respective vehicles, with a higher degree of transparency.

Both parties agreed that they will engage in discussions regularly also in the future. The new entry call regulations will now be presented to DMSB (German Motorsport Authority) and FIA for final approval, which should happen until Mid February.