The McLaren 720S GT3 will make its UK competitive debut with Balfe Motorsport, as the multiple championship-winning customer team confirms a return to the British GT Championship in the GT3 class for 2019. The decision also sees McLaren Automotive Factory Driver Rob Bell make a return to the British GT grid as part of a Pro-Am line-up alongside team owner Shaun Balfe, reuniting the driver pairing that took the 2017 International GT Open Pro-Am title.

Bell brings significant experience of the McLaren 720S GT3 with him, having played a key role in the development of the car as a McLaren Automotive Factory Driver. To date, the 39-year old has covered thousands of kilometres of testing with the 720S GT3, which is the first GT model designed and built in-house by McLaren Customer Racing. This knowledge will be invaluable to the team as they look to make an early challenge for the 2019 GT3 title. Competitively, Bell has enjoyed significant success at the wheel of a McLaren over many years, winning multiple races and championships with the 12C GT3 and 650S GT3 including the Asian Le Mans Series GT championship and Blancpain GT Endurance GT Cup titles in 2016. 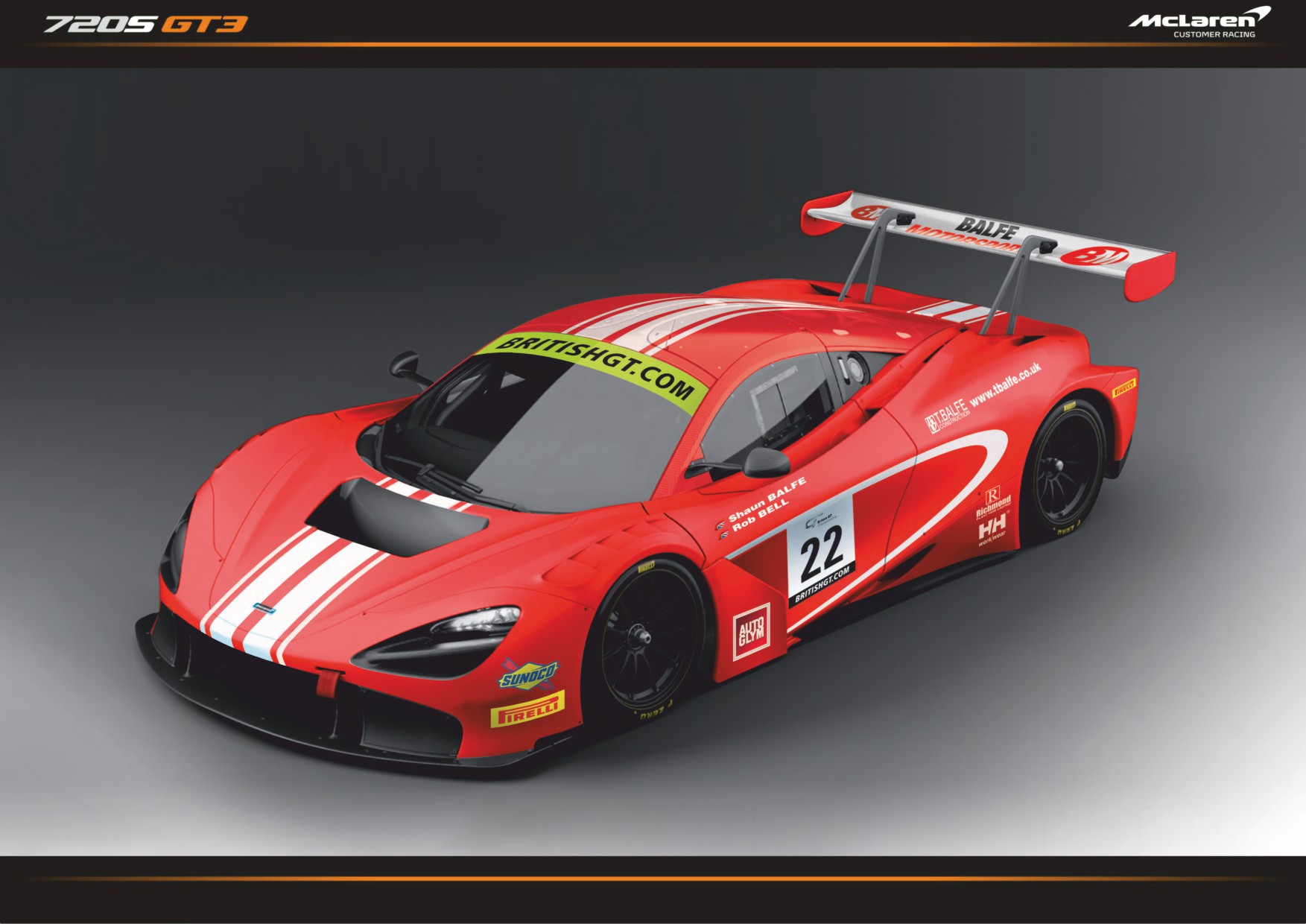 The announcement confirms that customer team Balfe Motorsport will challenge for British GT honours across both GT3 and GT4 classes. Balfe and Bell will run the 720S GT3 alongside McLaren Young Professional Michael O’Brien and teammate Graham Johnson who have been previously announced as campaigning the 570S GT4.

The 2019 season marks Bell’s third consecutive year with Balfe Motorsport, a family-run outfit formed in 1998 that has a long-standing association with McLaren, having switched to the 650S GT3 for the 2016 International GT Open championship, and achieving title success in 2017. Last season saw the team contest the British GT championship, campaigning the 650S GT3 alongside the 570S GT4.

Dan Walmsley, Motorsport Director, McLaren Automotive said “I am very pleased to confirm that Balfe Motorsport is continuing its relationship with McLaren, and that the 720S GT3 will be competing in the British GT championship in 2019. The team has proven itself as title challengers at all levels, and the combination of Rob Bell alongside Shaun Balfe is a proven one. The team has extensive knowledge of how to win races with McLaren, and with Michael [O’Brien] and Graham [Johnson] already running in a 570S GT4, Balfe Motorsport will be challenging for results in both the GT3 and GT4 classes. With six McLarens now confirmed for the British GT season, it is shaping up to be another exciting season of racing.”