However, since then the Fenny Compton-based squad has been working on a second M6 entry that now sees last year’s GT4 runner-up Green remain with Century for a third season. The same combination also finished second overall in Ginetta GT4 Supercup two years ago.

“I’m really excited to get started this year racing again with Century Motorsport in British GT!” said Green. “It’s great to be stepping up to the GT3 category and racing in the BMW M6 GT3. The M6 has been very successful in Europe since its release and it’s a great feeling to be introducing the BMW brand to the British GT3 category, especially after our success last season racing the M4 GT4 in British GT.

“I’m looking forward to partnering Dominic as I feel with our competitive attitude we will work well together. I’d like to thank my sponsors for their continued support of me as I step up to the next level in my career.” 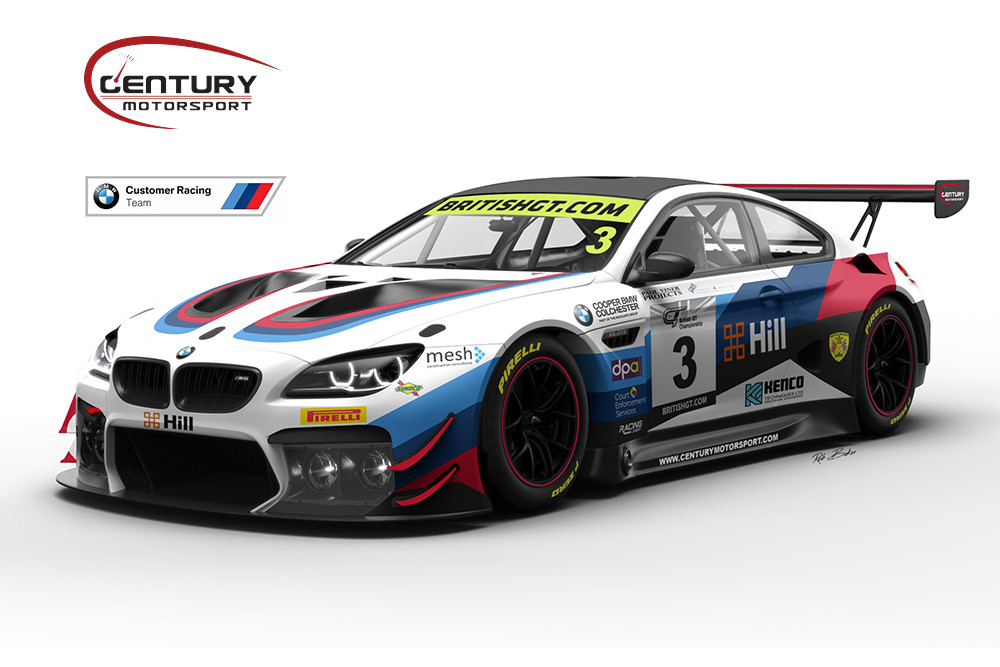 Paul, like Green, is also no stranger to Century having previously raced its BMW and Ginetta GT4 cars at the Dubai 24 Hours. His most recent outing came in January when he, Mitchell and Willmott finished fourth in class aboard the M4.

“I am hugely excited to be racing in British GT in a BMW M6 GT3 with Century Motorsport and with Ben Green,” said Paul, who spent 2018 contesting LMP3 Cup UK.

“British GT is a hugely competitive series and looks like an amazing grid this year. I have raced with Century in the Dubai 24 Hours so know they are a great team and with the support from BMW Motorsport, I think it will be a really strong package. Ben Green is a highly rated driver who performed really well in GT4 last year. Whilst I have a lot to learn I am really excited about the season.”

Despite claiming a total of five titles on all fronts in 2018, team owner Nathan Freke believes the coming season could be Century’s best yet.

“We are so pleased to be adding a second M6 to our programme this year. After the announcement of the first M6, it generated a huge amount of interest and putting the deal together with Dom and Ben is fantastic,” he said. “Ben is into his third season with us now and Dom has done the last two Dubai 24 Hours with us. Both drivers are incredibly committed, focussed and have a great racing pedigree. I am sure this will be a very strong driver pairing and a very enjoyable one to work with.

“It’s really great to have two of our GT4 drivers stepping up to GT3 – this shows the progression opportunities that are available within the team. 2019 looks to be shaping up to be a great year for Century Motorsport. It’s been a long wait since the last round in September and we are all excited and ready for the start of the season.”