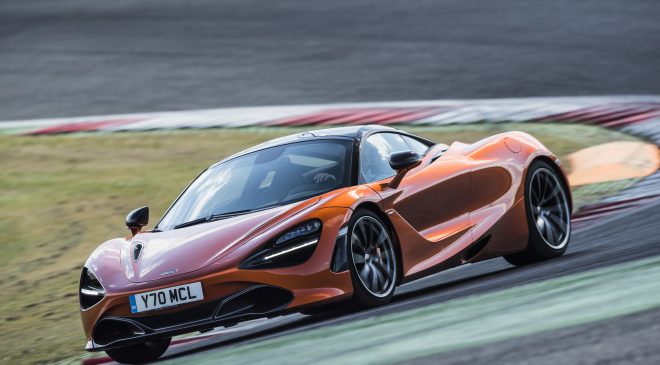 McLaren Automotive has confirmed the partnership with the British GT Championship has been extended for the 2019 season, further strengthening the relationship with the leading GT series in the UK. This announcement will see a variety of models from the range of sports and supercars lead the grid through the supply of the Safety Car for the seven-round calendar.

For the fourth successive season, McLaren Automotive will support the SRO-managed series with the supply of the Safety Car at each of the six UK rounds, plus the one overseas event at the iconic Spa-Francorchamps circuit in Belgium. The role will be filled by various models from the Sports Series, including the 570S Coupe and 570GT and, for the first time, a model from the Super Series will also lead the grid at selected rounds, as the 720S Coupé makes a debut in this critical role, alongside its GT3 sibling.

The models in the Sports Series and Super Series are just as at home on track as on the road, with each one using motorsport technologies to deliver optimised power, precision and protection. At the centre of each model sits a lightweight carbon fibre chassis. Originally developed by McLaren and showcased on the MP4/1 Formula 1 car of 1980, carbon chassis technology has featured in every McLaren model since, including the iconic McLaren F1. Today, every McLaren features the latest in carbon fibre chassis technologies ensuring the ultimate in occupant protection, with the 570S GT4 and 720S GT3 sharing the same chassis architecture as the road-going models.

The 2019 British GT Championship grid will see a total of six GT models from McLaren battling throughout the season, with three teams each running a pair of McLaren models. Customer team Balfe Motorsport returns to the grid and will challenge for honours in both the GT4 and GT3 classes, with the 570S GT4 and the 720S GT3 respectively, as the 720S GT3 makes its UK competitive debut following an intensive testing and development programme throughout 2018. McLaren Young Driver Michael O’Brien enters his second year in the series at the wheel of the 570S GT4 alongside Graham Johnson, while Factory Driver Rob Bell will be sharing the cockpit of the 720S GT3 with team owner Shaun Balfe.

Meanwhile, McLaren Customer Racing welcomes new GT4 customer team HHC to the grid, along with a return for Tolman Motorsport. Both teams will challenge for GT4 honours, each campaigning a pair of 570S GT4s. Tolman Motorsport, running with the four McLaren Automotive Driver Development Drivers across the two car entries, have now confirmed that James Dorlin and Josh Smith will pair up in the #4 car, while Jordan Collard and Lewis Proctor share driving duties in #5 for the season.

“We are delighted to confirm the status of McLaren Automotive as British GT’s official Safety Car partner for a fourth consecutive season and to further strengthen the manufacturer’s ties with SRO Motorsports Group. The championship is going from strength to strength, as evidenced by this year’s record 38-car full-season entry. It is also great to see McLaren Automotive so well represented with six entries, which include the new 720S GT3. We are very proud that a manufacturer of McLaren’s stature has chosen the British GT Championship as the platform to showcase the latest models in its range, including the 720S for the first time,” said Benjamin Franassovici, British GT Championship General Manager