The 2019 season’s penultimate race in NTT IndyCar Series was Grand Prix of Portland, on the classic Portland International Raceway, which came to the calendar for the second year in a row.

The qualifying had really shake it off for the three championship contenders, who had to to plenty of overtakes if they didn’t want to lose too many points to the man currently in fourth place, Scott Dixon.

Colton Herta had taken his second Pole Position in Indycar, ahead of Will Power, Scott Dixon, Jack Harvey, Felix Rosenqvist and Ryan Hunter-Reay.

Herta got an okay start and could defend his position through Turn 1, with Dixon up to second place.

Further down the field, there was pure panic when Graham Rahal pushed Zach Veach off the track. Moreover, Conor Daly, James Hinchcliffe, Ed Jones, Simon Pagenaud, Max Chilton and even also Rahal’s teammate Takuma Sato were also involved. Newgarden was inches away from the chaos, but he managed to barely avoid it. Naturally, the Safety Car was deployed, in order to clean everything up.

We ended up losing Rahal, Veach, Daly and Hinchcliffe, while the others could continue.

When the race got restarted, it lasted only one lap before there was another yellow flag. Alexander Rossi had a good slipstream on his teammate Ryan Hunter-Reay down the start-finish straight, but Hunter-Reay chose to drive extremely defensive. Rossi retreated from the battle, but Hunter-Reay came WAY too fast down to Turn 1 and crashed into poor Jack Harvey, pushing him off the track. Both cars were severely damaged and the drivers were forced to retire.

The clean-up luckily didn’t take as long as it was last time, so the drivers got green flag again on lap 18. And it went better this time as all the drivers could do the restart without any problem.

Newgarden was on the move, and he got closer to top six, in a combination of luck and good overtakes. But the progress stopped when he came up to Marco Andretti. Andretti definitely wouldn’t let him pass easily, and when the two of them drove side by side, Andretti held on his line and Newgarden had to merge behind him. It meant that Spencer Pigot drove past one lap later, and he even overtook Andretti shortly afterwards.

Hunter-Reay’s mechanics patched the car together, but he was thirteen laps behind, and he also got a 30-second Stop & Go for the contact with Harvey.

Dixon put Herta under intense pressure, but the young driver didn’t crack and he kept the lead until lap 37, when Herta’s tires were done and he lost three positions on three corners. Rosenqvist drove past him later on the lap, and thus he fell back from P1 to P5 in less than one lap.

Pagenaud, Herta and Kimball were amongst the first to pit within the normal two-stops window. Pigot followed suit one lap later. Dixon, Power, Newgarden, Rossi and Newgarden all pitted on the same lap, while Rosenqvist waited one more lap. It worked in Rosenqvist favour to come up to the actual P3, when he came out of the pits in front of Alexander Rossi.

Everything seemed to work for Scott Dixon, until lap 54 where he rolled slowly into the pits. The mechanics changed the battery and sent him back to the track – three laps behind, and unless a something happened (read: accident) to the competitors, Dixon is as well as out of the title fight.

Herta drove past Newgarden quite easily, as the championship leader was most likely playing it safe, with the points in mind, after throwing some points away at Gateway last weekend, as well as in Mid-Ohio earlier in the year.

The last pitstop of the day went without any drama, and everyone came out in the same order as before they had pitted. 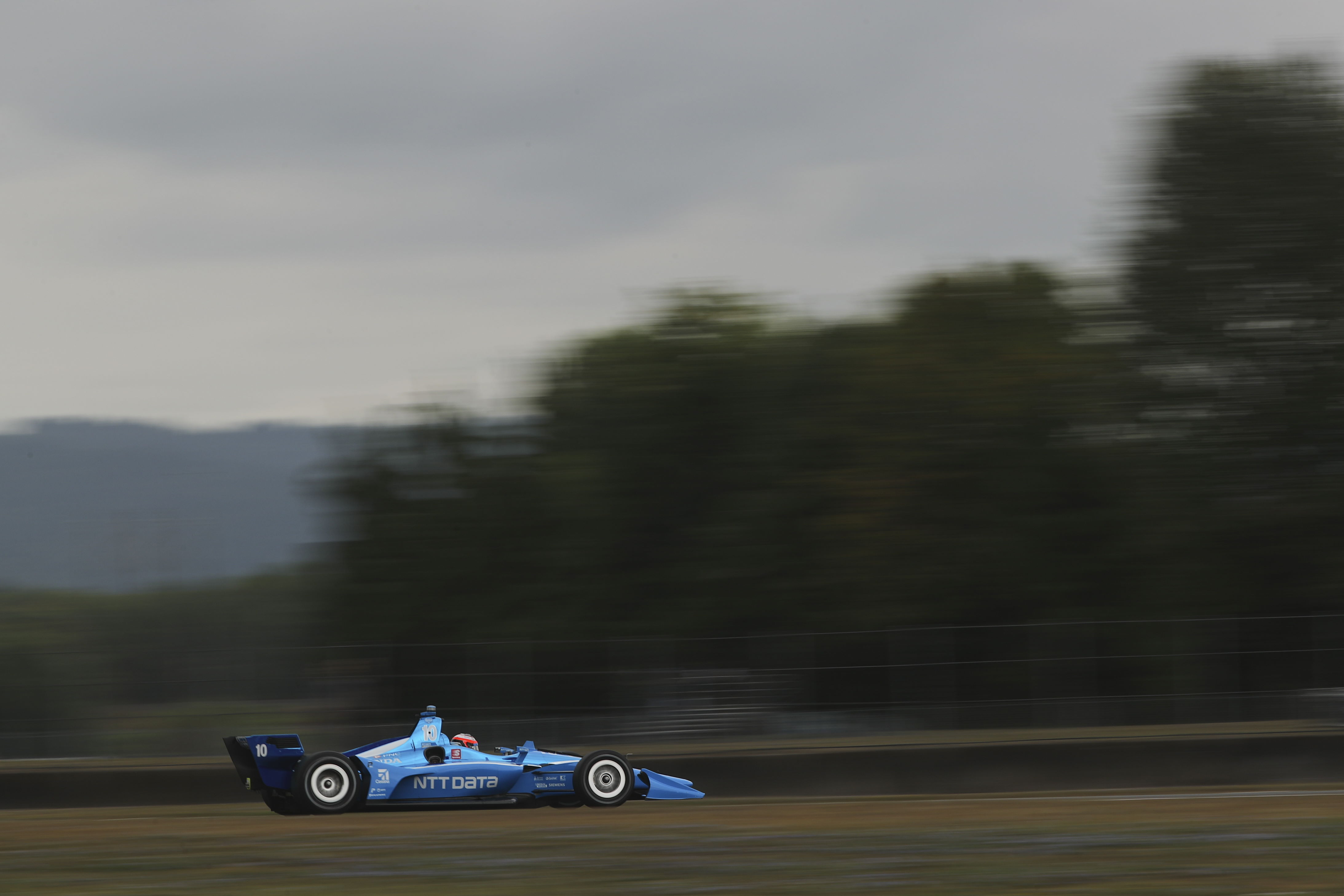 Eight laps before the finish, Santino Ferrucci had some problems on the straight. The car rolled slowly down the straight before it completely stopped.

The race got restarted with four laps left, where Power had a nice gap to the ones behind him.

It held until the chequered flag, where Will Power won the race ahead of Felix Rosenqvist and Alexander Rossi. Colton Herta finished in P4, in front of Josef Newgarden, while Pagenaud was seventh – behind Spencer Pigot. Scott Dixon was the last person to cross the finish line, in P16.

Josef Newgarden continues to lead the championship, even though he lost a bit of his gap to Alexander Rossi in P2. But on the other hand, he pulled a way a bit from both Simon Pagenaud and Scott Dixon. These four drivers are the only ones who have a mathematical chance to win the championship. But with a 41-point lead to Rossi, 42 to Pagenaud, and 85 points to Scott Dixon, things have to go really wrong for Newgarden for him not to win the championship. But it’s not impossible, as we saw in the race today.

And with a hundred points up to grab in the finale in NTT IndyCar Series at WeatherTech Raceway Laguna Seca on 22 September 2019, anything can happen.