The NTT IndyCar Series has announced the schedule for the upcoming 2020 season.

16 of the 17 events are back again, where the Pocono oval race has been replaced by the Richmond Raceway oval. That is no surprise, after the unlucky and tragic episodes during the recent years on the Super Speedway in Pocono.

Richmond is a Short Oval, with just 0,75 Miles per lap. That will be a new challenge for most of the drivers, since it hasn’t been on the Indycar calendar since 2009.

The season starts one week later than the previous seasons, but still on the streets in St. Petersburg, Florida in March. The series then goes to Barber Motorsport Park and Long Beach in April, before the COTA event has been pushed back about one month compared to 2018. That’s to avoid a clash with the 12 hours of Sebring, where several of the drivers are expected to participate in that particular race.

The month of May has written Indianapolis all over it – first with a race on the infield, and then going onto the oval. The month finishes with two races in Detroit.

June is opened at Texas Motor Speedway, before leaving a gap for the 24 hours of Le Mans, which just like Sebring attracts some drivers from the series. The month ends at Road America and the new venue, Richmond Raceway.

There are two races in July, on the streets of Toronto and the oval in Iowa, before the series goes on a summer break for a month. That’s also give make space for the Olympic Games, which are broadcasted on NBC too.

The season closes with Mid-Ohio and Gateway in August, before Portland and WeatherTech Raceway Laguna Seca close the season in September.

The full schedule can be seen here: 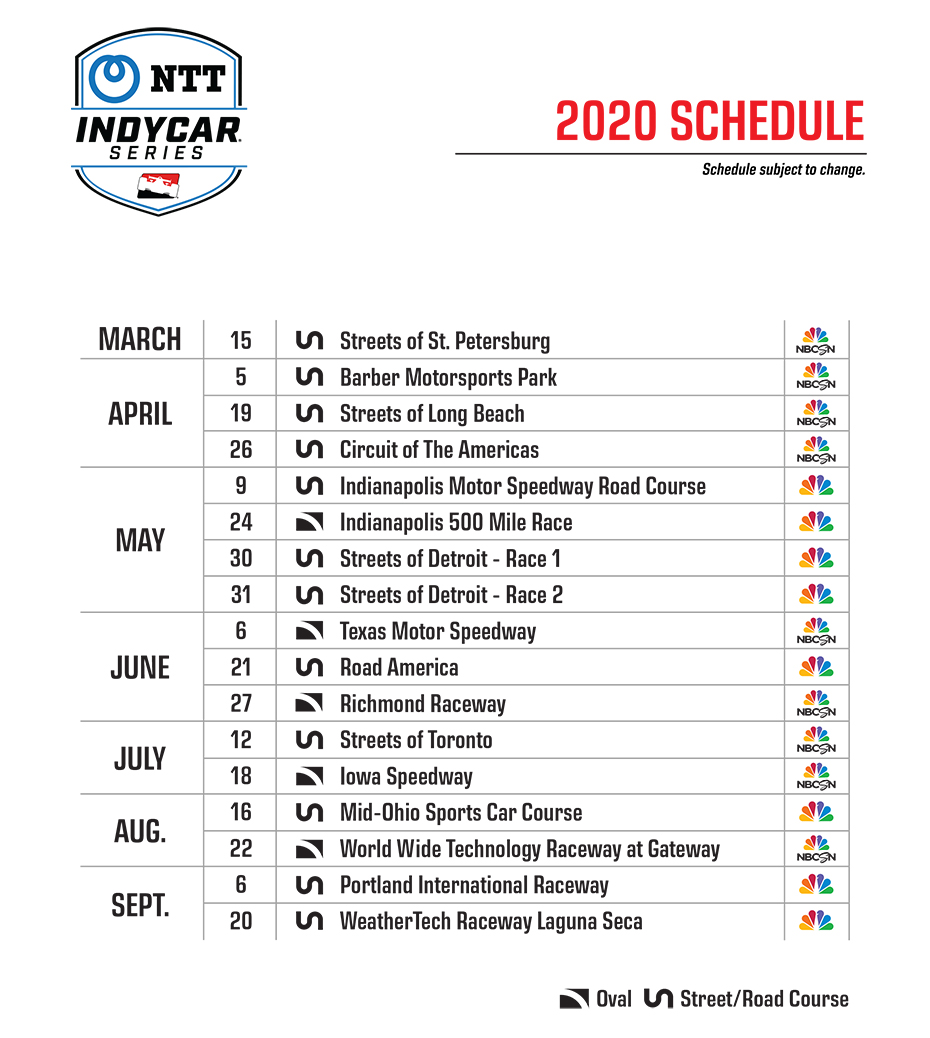