European Le Mans Series has announced the regulations for the 2020 season.

There are no massive changes to the race weekends, but a few adjustments here and there, closing some loopholes and questionable points, which has arisen during 2019.

There will be some slight adjustments to the driving times, so you might be allowed or have to drive further, depending on your driver ranking. The new driving times look like this:

They will tighten up the pitstop rules, so you can’t pit during the first three laps of Safety Car. If you absolutely need to pit for fuel, you are not allowed to refuel for more than 5 seconds – a so-called emergency pitstop, like used in the IMSA series in the USA. That has to be followed up by a regular pitstop, either after the 3 laps, or when the race goes green again, depending on what arises first. The rule is to prevent teams being able to rush into the pits, while the leaders have just passed the pit entry, at the point where Safety Car was called.

The Race Director will be allowed to waive cars past the Safety Car, in case they are positioned between the Safety Car and it’s class leader. Races has been decided in past years, due to somebody getting a whole lap on the rest of the class, so hopefully, the changes will result in closer racing.

One of the major reasons for participating in the European Le Mans Series 2020, are the auto-entries for the 24 Hours of Le Mans 2021. A new rule will be introduced, to make it more attractive to race in the series, but also with a security for the series itself, in case a category will have a drop in participating cars.

A total of up to 7 Le Mans tickets could be handed out, if there are enough participants in the various categories. This is the complete table: 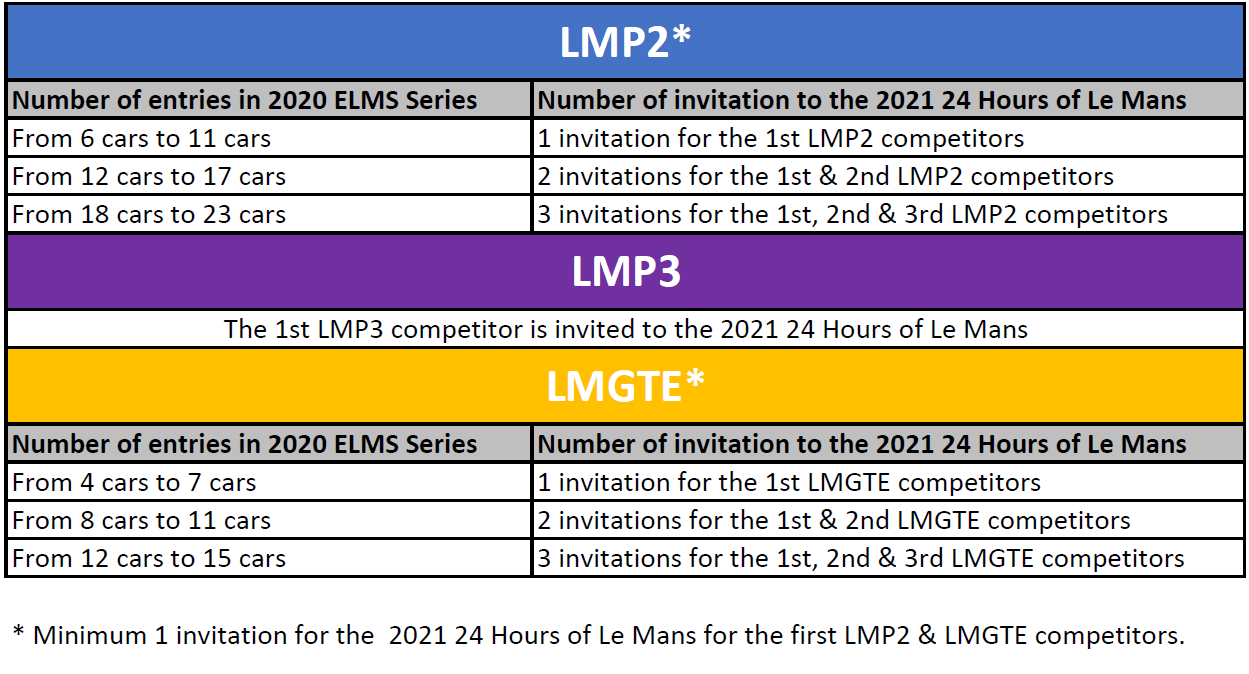