The ABB FIA Formula E Championship has announced the three different layouts, that will close off the 2019/20 season this August.

The Tempelhof Airport is becoming a classic on the Formula E schedule, so they had to think about something new, when there are six races to be run within eight days.

The circuit is on a big concrete area, where the planes used to taxi around, so there are plenty of options. 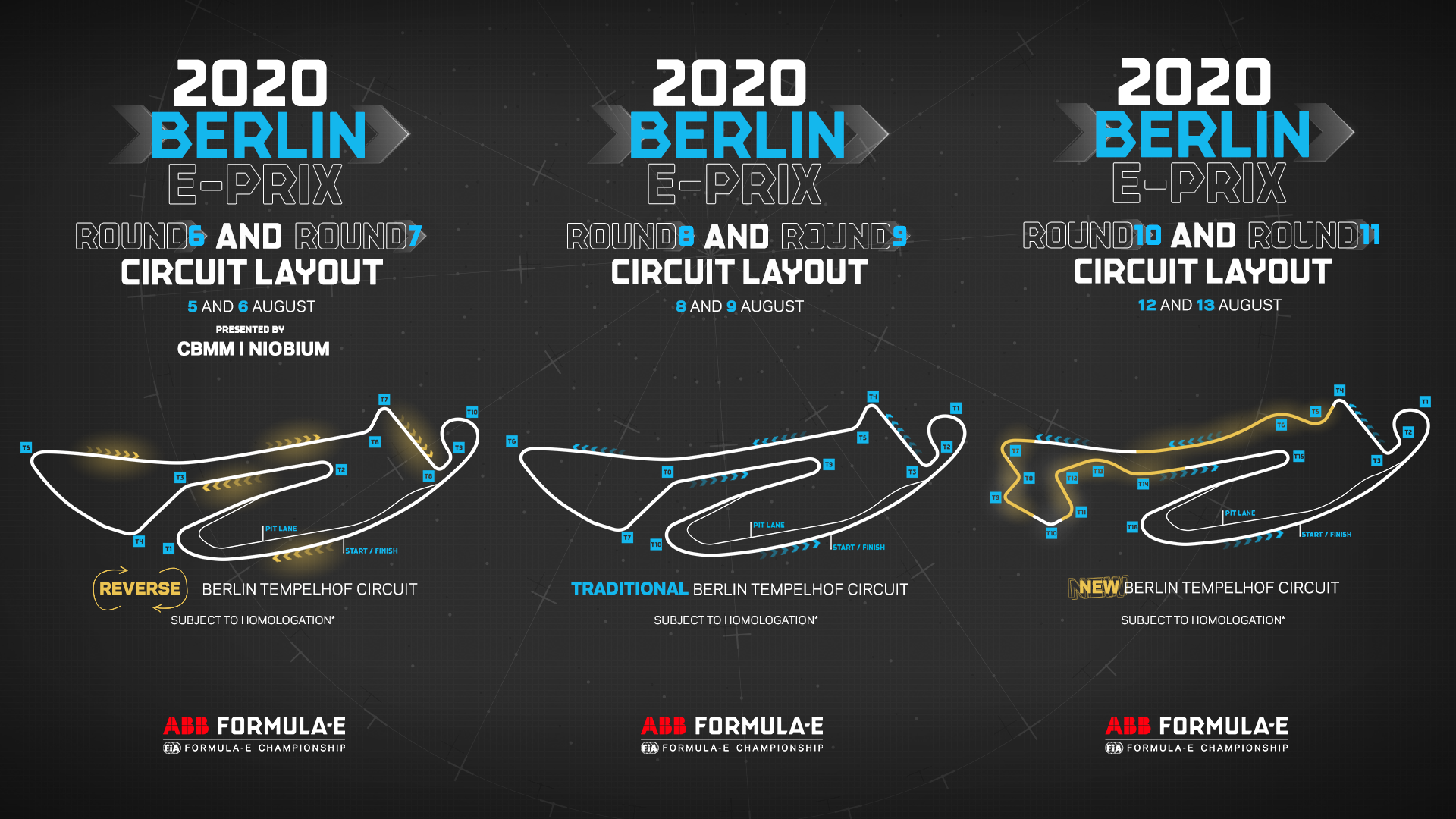 The first four races are on the well known circuit, with the first two being run in opposite direction, and race 3 and 4 being run in the regular.

Race 5 and 6 will have a few extra corners, so it won’t be as fast as the regular version.

The solution with six races in Berlin, was what the organizers behind the Formula E series opted to go for, after the majority of the schedule was cancelled due to the COVID-19 situation.

The first of the six races will run on 5 August.