NTT IndyCar Series has announced their 2021 schedule, with the proviso, that the health situation might result in changes.

The season starts in St. Petersburg, Florida – but one week earlier than the last few seasons. Teams will go to Barber Motorsports Park and Long Beach in April, while the month of May starts in a very untraditional way, with two races at Texas Motor Speedway, which usually runs in June.

They are followed by the two races in Indianapolis, with the road course race first, and then the Indy 500 itself, before the teams go for the Detroit doubleheader like always. But that weekend clashes with the 24 Hours of Le Mans, which will hurt people like Sebastien Bourdais, who won’t be able to compete in the big race, in the town where he was born. One week later, it’s time for Road America.

The 4th of July will be celebrated in Mid-Ohio, with the teams going to Toronto one week later.

Nashville will have its street course debut on the schedule on August 8. The series has previously raced in the same area on the oval. One week later, it’s once again Indianapolis, where they will be joined on the infield by NASCAR, which has decided to skip their Brickyard 400 in 2021.

Indycar will continue to Gateway for the World Wide Technology Raceway weekend, before the season comes to a conclusion in Portland, and at WeatherTech Raceway Laguna Seca in September.

That’s 17 races in seven months, just like NTT IndyCar Series has been accustomed to.

The series has said goodbye to COTA and the Richmond Oval, compared to the original 2020 schedule. COTA only managed to host a single Indycar race in 2019, and a test prior to the 2020 season, while the race itself was cancelled, since the teams were not interested in travelling so far south, but preferred a calendar in and around the state of Indiana. 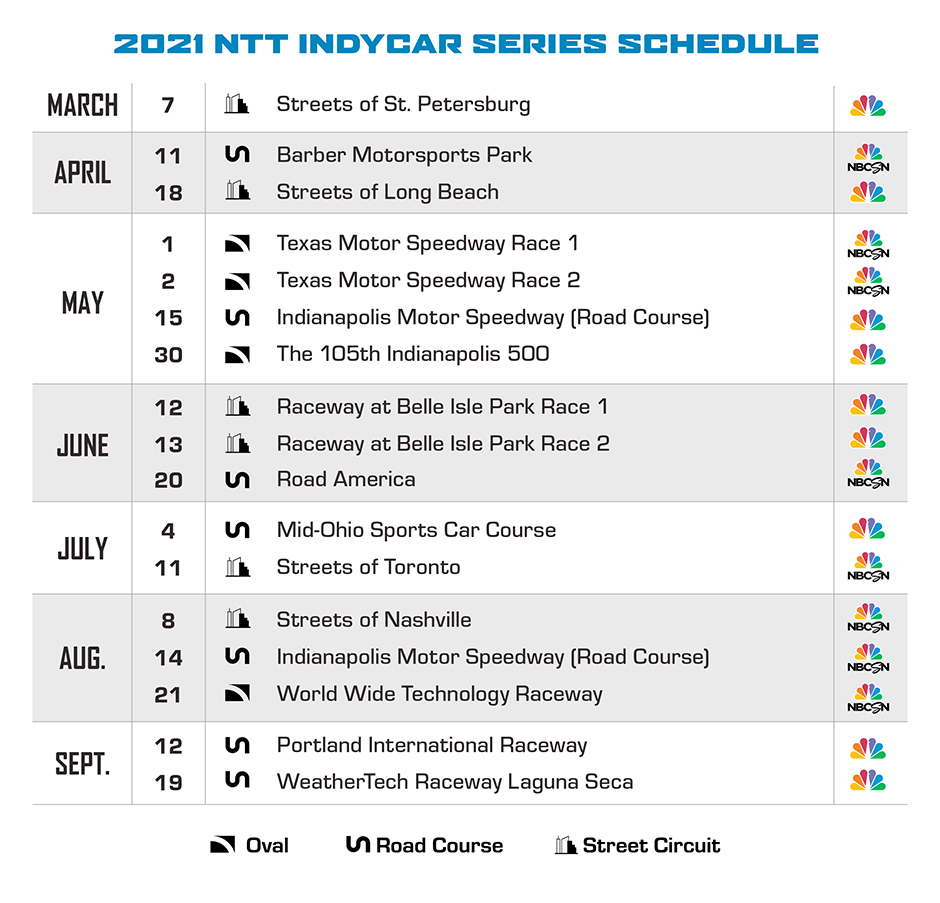