ADAC GT Masters is slowly but surely getting ready for the 2021 season. A sign of that is the team beginning to announce their drivers.

The series announced a 33 car entry for the season, with a mix of new and old teams.

One of the old teams has gotten a bit of a new look for 2021. KÜS Team75 Bernhard will run a brand new driver combination, in the shape of 2020 Champion Christian Engelhart alongside Thomas Preining. Engelhart won the title for SSR Performance alongside Michael Ammermüller, with the duo constantly claiming top points finishes. Preining raced in ADAC GT Masters 2019 too, where he was part of the Precote Herberth Motorsport outfit. So he knows all the tracks on the schedule, which he kinda already knew from series like Porsche Carrera Cup Deutschland.

The team will run new numbers on the cars. Engelhart/Preining will run the Porsche 911 GT3 R #75, while the drivers for #74 haven’t been announced yet.

GRT Grasser Racing Team will enter a total of four Lamborghini Huracan GT3 Evo cars, with all well-known faces aboard – but not necessarily known from a Lambo.

Mike David Ortmann will move from an Audi to this Lambo, where he will share car #19 with Clemens Schmid. Schmid raced for GRT during the 2020 season.

They are part of the junior team, which has Steijn Schothorst and Tim Zimmermann running in car #82. Schothorst and Zimmermann raced together during the 2020 season too, grabbing three Pole Positions, but unfortunately, no race wins.

The absolute top favourites for the team are Mirko Bortolotti and Albert Costa Balboa in car #63, which is two Lamborghini factory drivers. Bortolotti had a one-year visit to Audi in 2020, racing for Team WRT amongst other things, while Balboa primarily raced in GT World Challenge for Lambo so far, other than sharing #63 with Franck Perera throughout the 2020 season.

Rolf Ineichen is back in a Lambo, after sharing the Team WRT car with Bortolotti last year, and will have previously mentioned Perera as his teammate.

Toksport WRT will continue without any changes – other than a new colour scheme. Luca Stolz and Maro Engel are the two drivers onboard the Mercedes-AMG GT3 Evo, which were potential title candidates right until the end of the 2020 season. They really got on their back foot at Sachsenring, having to retire with mechanical issues, and were never able to claim those points back again. They will run car #22.

2019 title winners Rutronik Racing will stick to the Audi R8 LMS cars, but will change three-quarters of their drivers, plus their paint scheme and the race numbers. Car #11 will have Pierre Kaffer and Elia Erhart onboard, who have been shopping around a bit amongst Audi teams throughout the previous seasons. The duo will bring the TECE name with them, so they will run under the Rutronik Racing by TECE banner.

Kim-Luis Schramm and Dennis Marschall will share car #33. Marschall had Carrie Schreiner as a teammate in 2019 and 2020, but she has just announced a switch to Italian GT, racing a Ferrari at AF Corse. Schramm has been a bit in and out of ADAC GT Masters, where he raced a Mercedes for Team Zakspeed in 2018, before moving to Audi and Montaplast by Land-Motorsport for the 2020 season.

T3 Motorsport has chosen to swap their lone Audi and their lone Bentley for three Lambo’s. Maximilian Paul will stay with the team, while 16-year-old Hugo Sasse is a new name in the ADAC GT Masters, following a season in the ADAC GT4 Germany. There are still contract negotiations ongoing for the rest of the seats.

Fugel Sport is a new team in ADAC GT Masters, and they will bring Honda back to the series, with the NSX GT3 Evo model, that Team Schubert ran in 2018. They have previously raced in ADAC TCR Germany with the Honda Civic, but want to give GT3 racing a go. Team owner Dominik Fugel will be one of the drivers behind the wheel, while his co-driver is yet to be announced. 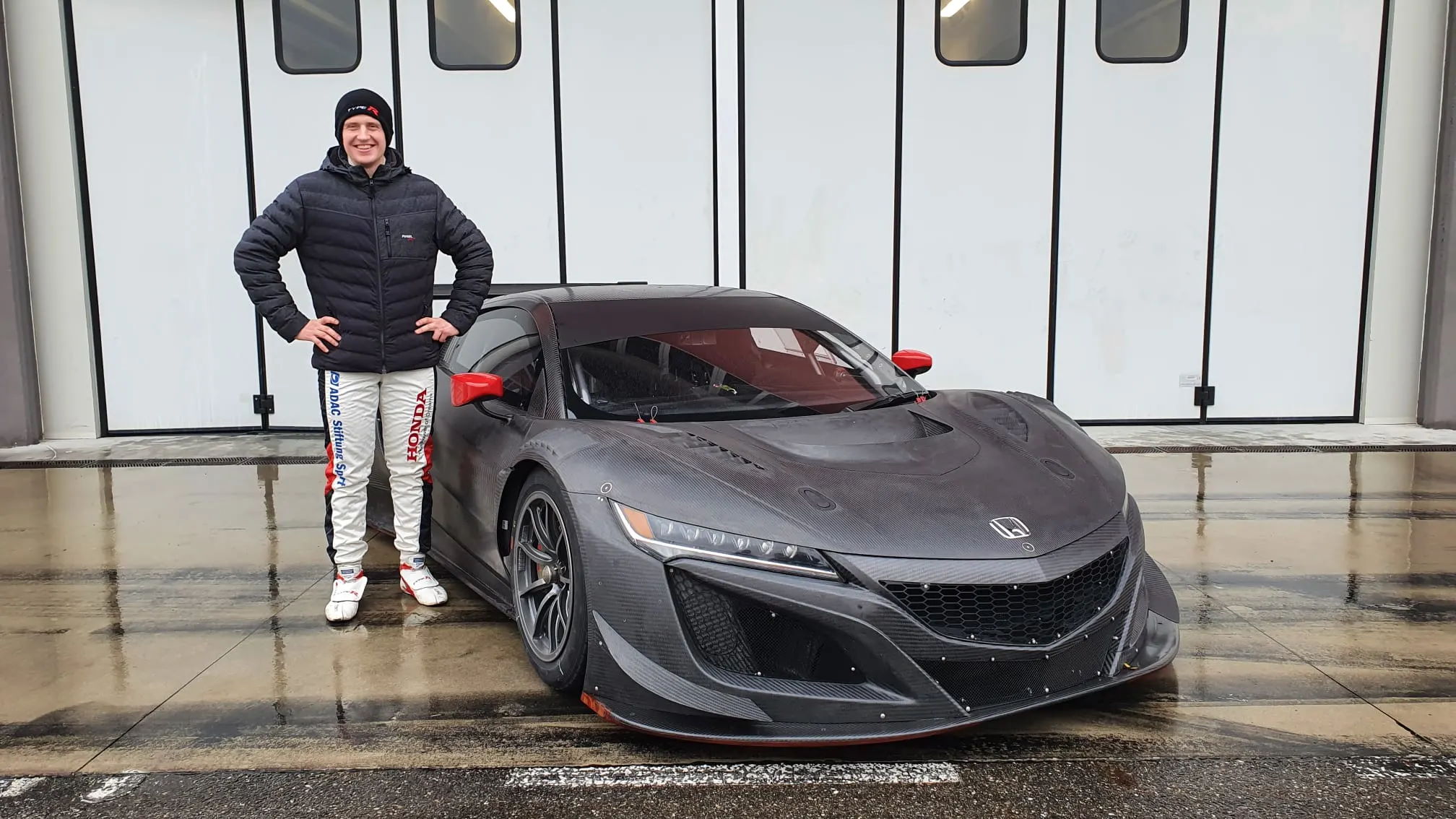 Montaplast by Land-Motorsport has confirmed that they will bring a pair of Audi’s, Team WRT with 2 Audi’s, the defending Champions from SSR Performance with a single Porsche, and Callaway Competition with their Corvette, but without mentioning drivers, car numbers, or anything else.

There are still a couple of months for the final announcements to be done. The season opener of the ADAC GT Masters 2021 is scheduled for 14-16 May in Oschersleben.