The IMSA WeatherTech SportsCar Championship has announced their race schedule for 2022.

It’s a calendar without any surprises, and will all the regular tracks, that has been on the schedule for the last few years.

The season starts at Daytona with the 24 hours race, before heading to Sebring for the 12 hours race, as one of the big highlights.

Long Beach is back with its traditional April race, before WeatherTech Raceway Laguna Seca adds another race on the west coast.

The teams will hurry to Mid-Ohio and Detroit, prior to the small Le Mans break, followed by the 6 hours at Watkins Glen.

The series then goes off to Canadian Tire Motorsports Park in Canada, which we have missed out on for the last couple of years due to COVID-19 travel restrictions.

Lime Rock Park, Road America and Virginia International Raceway are the final races of the year, prior to the 10 hours season finale at Road Atlanta.

But it’s not all categories going to all of the venues. GTD Pro and GTD will compete at all 12 rounds, while the DPi cars will do 10 of the races. LMP2 and LMP3 participates at 7 rounds each, with the Daytona 24 Hours not counting towards the championships.

Lime Rock Park and Virginia International Raceway are GTD Pro and GTD only, just like they’ve been for the last few seasons.

There has been a few rumours about a race at Indianapolis Motor Speedway, with Roger Penske having bought IMS, and with his return with Porsche in 2023, but that race is not scheduled for 2022.

The full schedule can be found here: 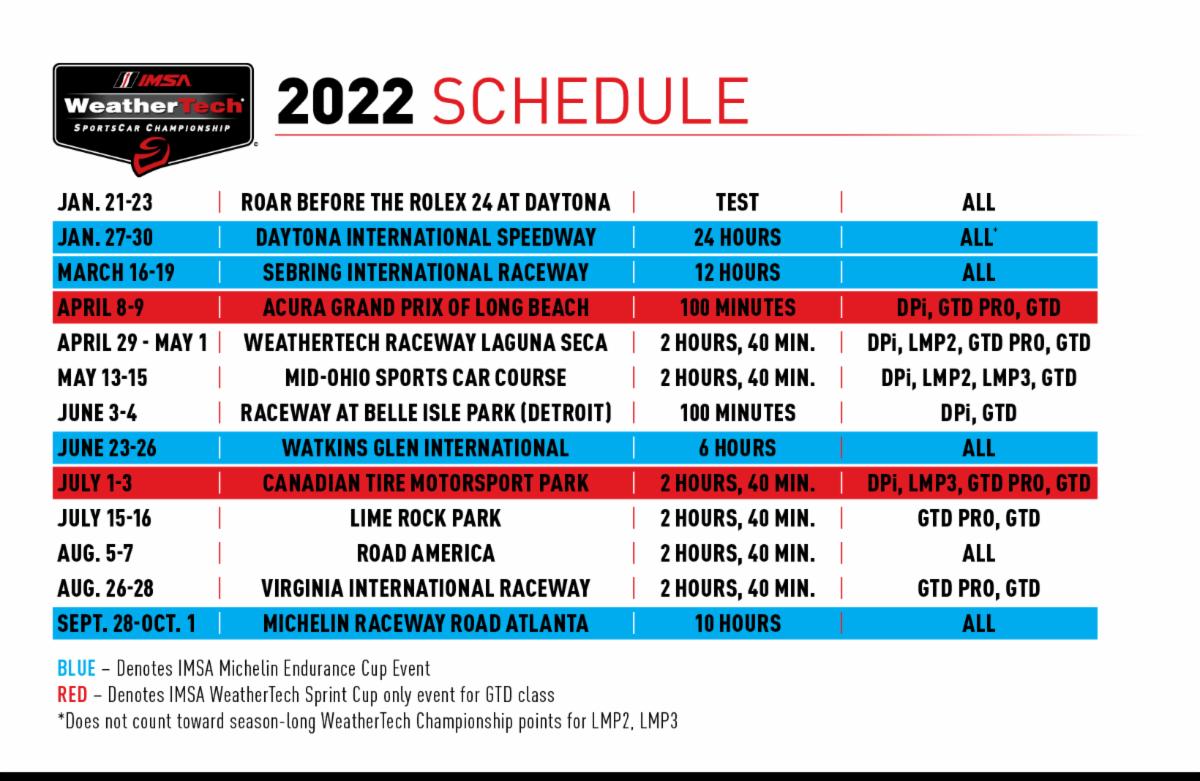