The Asian Le Mans Series 2022 season finally got another with the qualifying for the first weekend.

The qualifying today would set the grid not only for today’s race, but also the race tomorrow. So every category of cars was split into two parts.

First up was the GT category, with their two times 10 minutes qualifying.

The 23 participating cars took a bit of time to join the track, since everybody tried to get as much space on the circuit as possible. The teams were allowed to put whoever they wanted in the car for qualifying, so both Am drivers and professional drivers were allowed to participate.

Walkenhorst Motorsport BMW #34 was the first to post a fast lap, before Optimum Motorsport McLaren #7 and #42 claimed first and second.

Shortly after, the AF Corse Ferrari #17 woke up, and skipped into P2.

That was only until Vincent Abril onboard the 17 matched the Ben Barnicoat time of car #7 down to 0,000!

So Inception Racing #7 with Ben Barnicoat took Pole Position, ahead of AF Corse Ferrari #17 with Vincent Abril on P2, and Kessel Racing Ferrari #57 a massive 0,016 of a second from Pole Position – in P3. Amazingly close qualifying.

All cars had to pit, before the next 10 minutes session went green.

Inception Racing McLaren #7 woke up again, leaping into the second position. Shortly after that, the Kessel Racing Ferrari #74 of Mikkel Jensen skipped into P2 – only 0,003 from the fastest time!

Jonny Adam and TF Sport Aston Martin #95 took Pole Position for the Sunday race, ahead of Mikkel Jensen and Kessel Racing Ferrari #74, Ben Barnicoat in Inception Racing McLaren #7, and Vincent Abril in AF Corse Ferrari #17 – a total of 0,066 of a second from Pole. Incredibly close between the cars.

After a pause, it was time for the 9 LMP3 cars to qualify.

About three minutes into the Qualifying, the Red Flag was shown due to Nielsen Racing #8 being parked at Turn 7. Colin Noble did however manage to fire up the car again and limp back to the pits.

With all cars back in the pits, it only took a few seconds for the light to go green once again.

Edouard Cauhaupe in CD Sport #3 had a spin on his out-lap, but no major drama.

DKR Engineering #2 was the first car to post a fast lap in the qualifying, ahead of G-Drive Racing #26.

All teams improved their times on the second flying lap, but the standings remained unchanged.

The qualifying ended up with DKR Engineering #2 and Laurents Hörr on Pole for today’s race, ahead of Xavier Lloveras in G-Drive Racing #26, and Guilherme Moura De Oliveira in Inter Europol Competition #13.

And then onto the second part of LMP3 qualifying.

DKR Engineering #2 was once again the fastest car on their first flying lap, by the defending ELMS LMP3 champions.

It was to no surprise, that the qualifying ended in almost the same way, as the first part. That put DKR Engineering #2 and Laurents Hörr on Pole for the Sunday race as well, ahead of Xavier Lloveras in G-Drive Racing #26, while Nielsen Racing #8 with Colin Noble took the third spot.

Last but not least, it was time for the four LMP2 cars.

High Class Racing #49 was the first to post a fast lap, driven by Dennis Andersen.

The team was however comprehensively beaten by Ben Hanley onboard the Nielsen Racing #4, who posted a super time, and put a big gap on the rest of the field.

Graff Racing #39 took a long time to join the session, but when David Droux eventually did so, he jumped into P2.

But Pole Position in the LMP2 category for today’s race went to Nielsen Racing #4 med Ben Hanley, ahead of Graff Racing #39 with David Droux, and High Class Racing #49 with Dennis Andersen, while ARC Bratislava #44 with Neale Muston took P4. 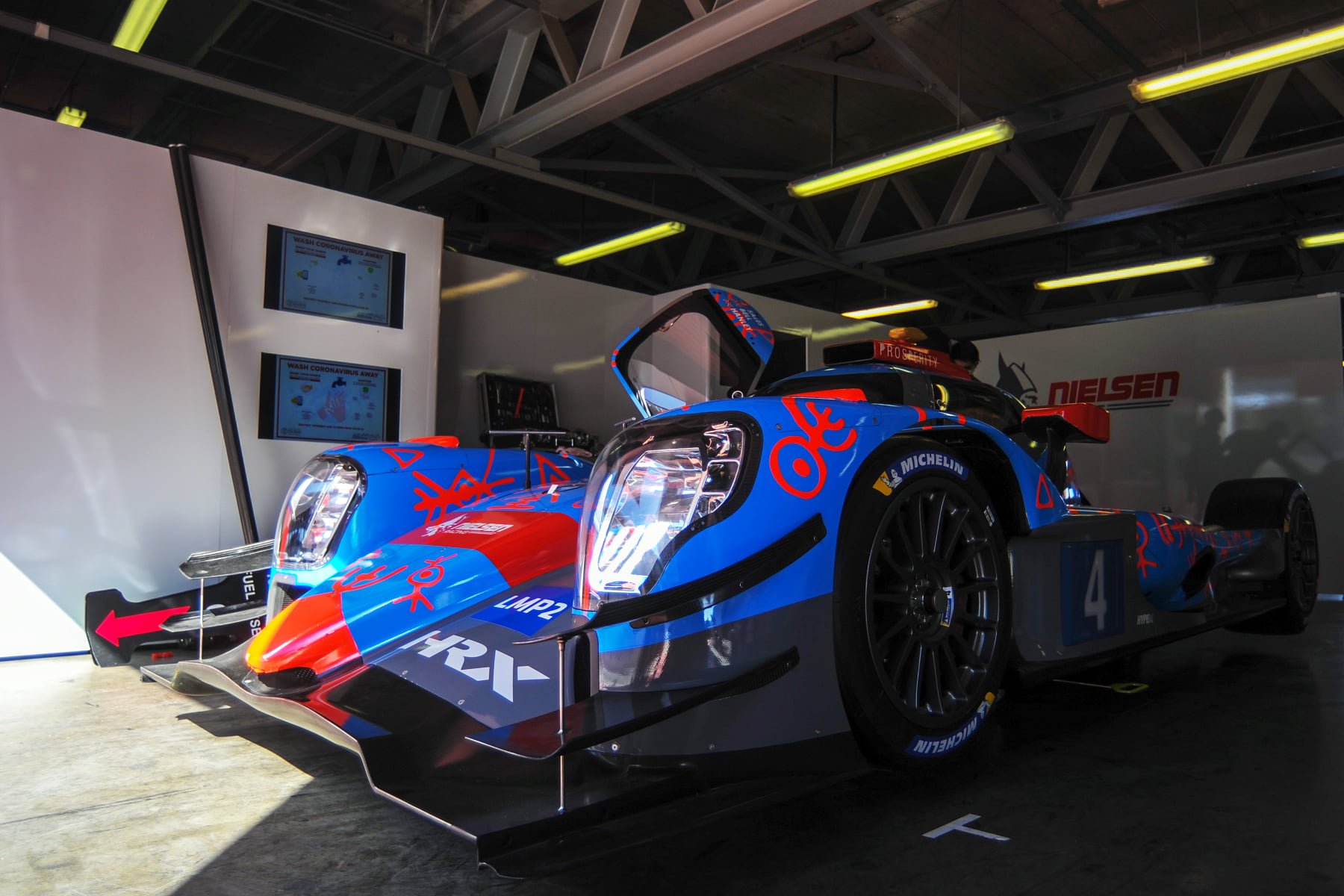 Nielsen Racing #4
Photo: Asian Le Mans SeriesThe final 10 minutes of qualifying was to no surprise another dominant performance from Nielsen Racing #4, with Hanley being the only professional driver behind the wheel in the qualifying.

Graff #39 did however do a very good job, claiming a convincing second.

The grid for tomorrow’s race will be Nielsen Racing #4 with Ben Hanley, ahead of Graff Racing #39 with David Droux, while ARC Bratislava #44 with Neale Muston jumped up to third, ahead of High Class Racing #49 with Dennis Andersen.

That was the end of qualifying for the opening weekend in the Asian Le Mans Series 2022. The first race of the season will run later today, with the Green Flag being shown at 13.30 CET. The pre-show for the race will start at 13.00 CET, and can be viewed on YouTube via this link.