Asian Le Mans Series has chosen to do another season with the same schedule, for their 2023 season.

The series traditionally travelled around Asia between China, Japan, Malaysia, Thailand, and a single trip to Australia, before the COVID-19 situation put a hold on that prior to the 2020/21 season. So a decision was made to go to Dubai and Abu Dhabi, with two races in each country.

That was such a success in February 2021, so they decided to do the same in February 2022, since there were still restrictions left for several countries. That resulted in a record field of 37 cars, split into LMP2, LMP3 and GT3 cars.

The first plans were actually to return to a more traditional schedule for 2022/23, but instead, it will be another Dubai and Abu Dhabi tour. This time it’s down to the logistical challenges. The freight market is currently hit by skyrocketing prices, and long transport times, which is a knock-on effect of the COVID-19 situation.

The series will once again be handled by ALMEM, which is the Asian arm of the LMEM organisation. LMEM is running the European Le Mans Series, and the FIA World Endurance Championship. The plan was to start a collaboration with SRO from 2023, who would help out in running the races around South East Asia, but that has been put on pause, until the series is ready to return to that part of the world.

The races will once again be four hours, where the winner of each category will receive an automatic invite to the 24 Hours of Le Mans 2023. All three class winners of 2022, Nielsen Racing, CD Sport and Inception Racing have chosen to take up their invites, and they are ready for the test day which is run in one and a half weeks’ time.

The full schedule can be seen here: 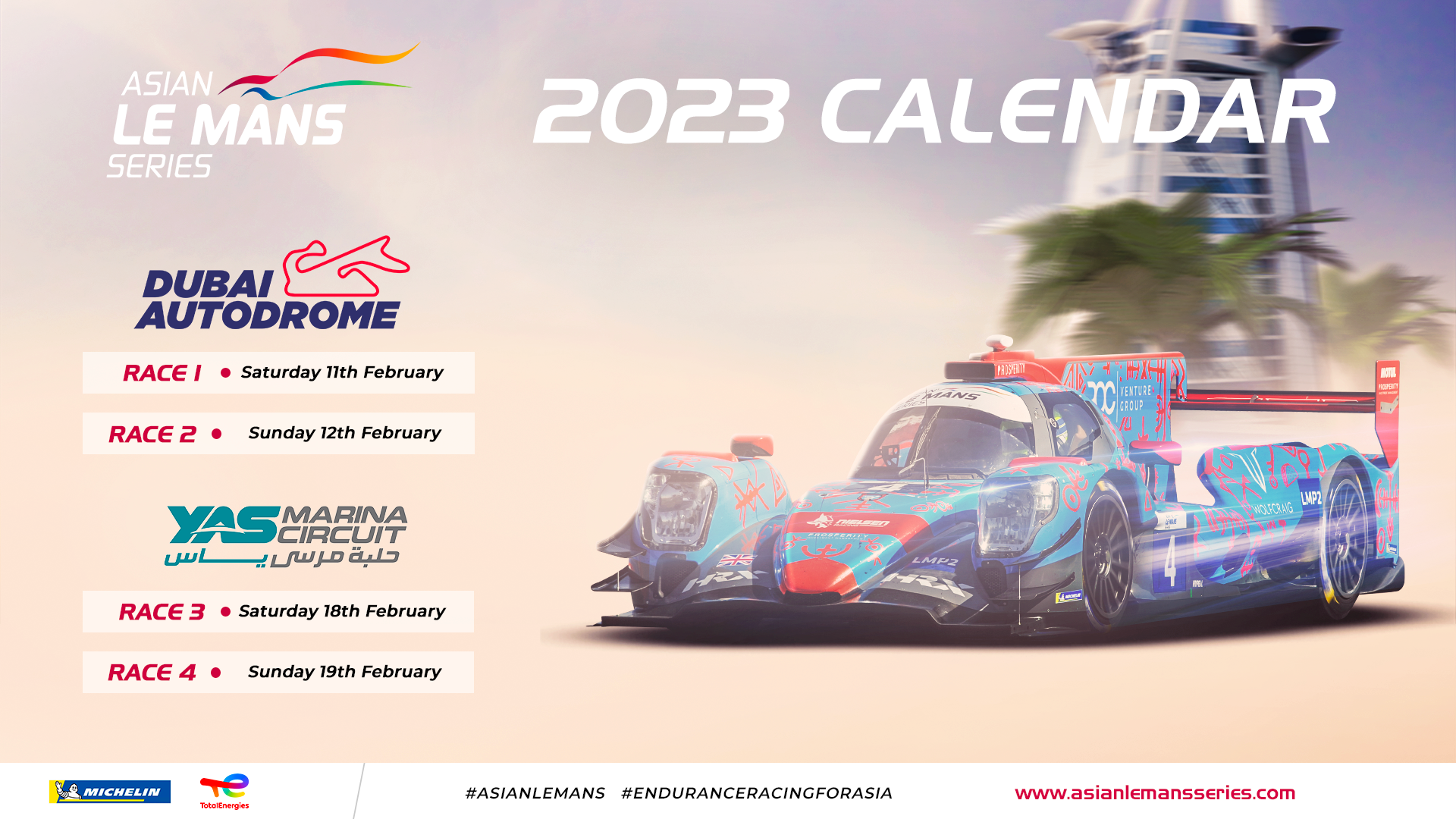