The FIA World Endurance Championship expands to 7 races for the 2023 season.

Six of the well-known events are joined by a seventh, which was one of the COVID-19 replacements in the 2021 season.

The season will start at Sebring on March 11-12 with two days of Prologue testing, prior to the 8 hours/1000 Miles season opener on the following Friday 17 – the day prior to the IMSA 12 hours race.

The series returns to the Portuguese track of Portimao, for 6 hours in the hills on April 16.

Another undulating track is visited two weeks later, with the 6 hours of Spa with the traditional Saturday race.

The Le Mans test day is on June 4, with the 24 hours race the following weekend.

The Italian tifosi will see the brand new Ferrari Hypercar race on home soil at Monza on July 9, with another 6 hours race.

All the cars will be loaded into containers and shipped off to Japan for the 6 hours of Fuji – the home circuit of Toyota Gazoo Racing on September 10.

The season will end in Bahrain on 4 November, with another 8 hours race.

The expansion to 7 races, is a step towards normality, with 8 races per season prior to the COVID-19 situation. The plan is to return to 8 races in 2024.

The full 2023 schedule can be seen here: 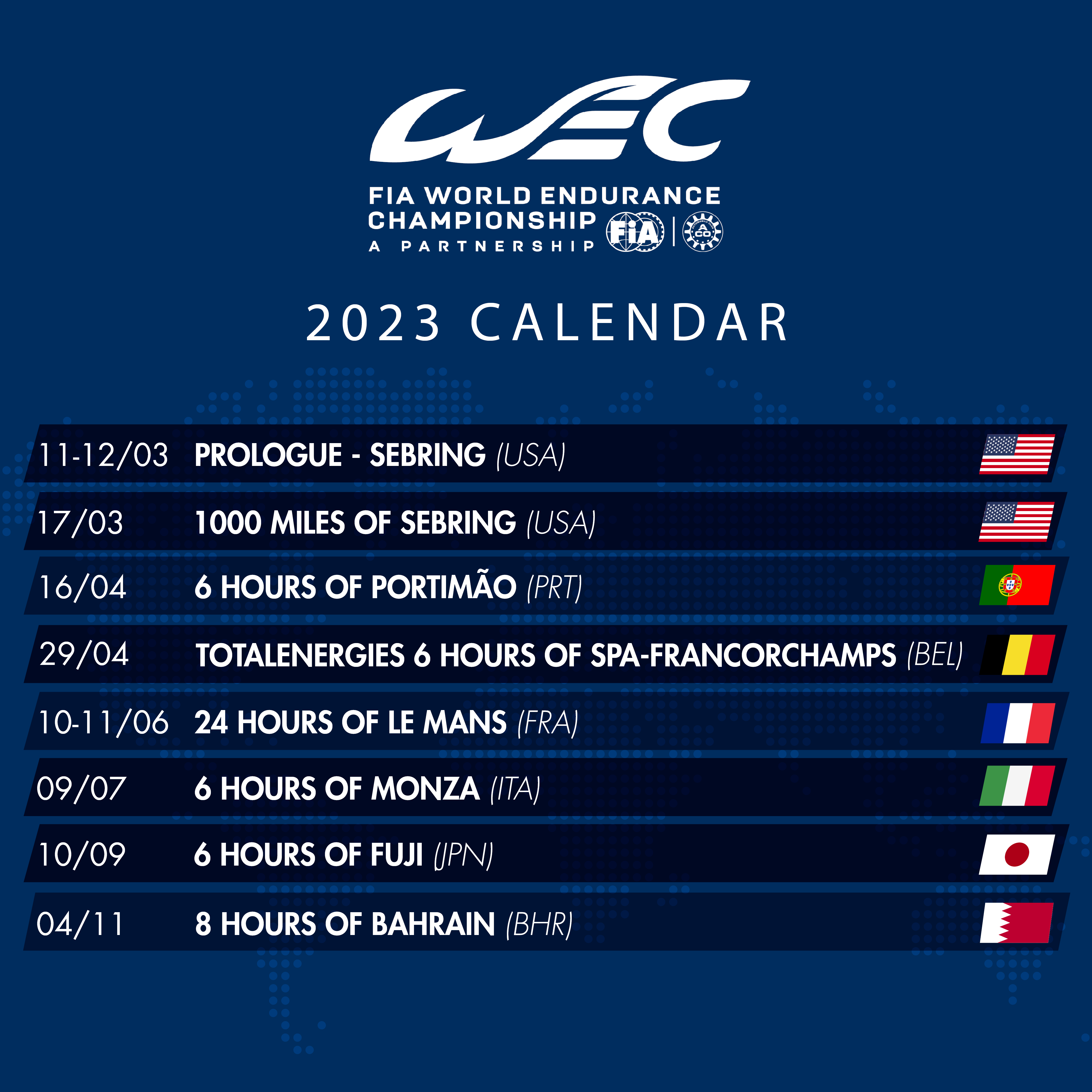