A lot of things changed in the last and deciding qualifying for the 24 hours race at Le Mans – but we’ll get to it later.

Not even fifteen minutes had past, when BMW Team MTEK #81 could no longer continue. Nicky Catsburg lost control of the car in the Ford Chicane and violently hit the tire wall, and the car had to be transported back to the pits.

When the track got greenflagged , it only lasted for a few minutes before there was a red flag. Rebellion Racing #1 repeated what their sister car had done, dripping oil all over the track, so the marshals had to dry it out. At the same time, Aston Martin Racing #98 was stuck in the gravel in the second chicane on the Mulsanne Straight – though it had nothing to do with each other. 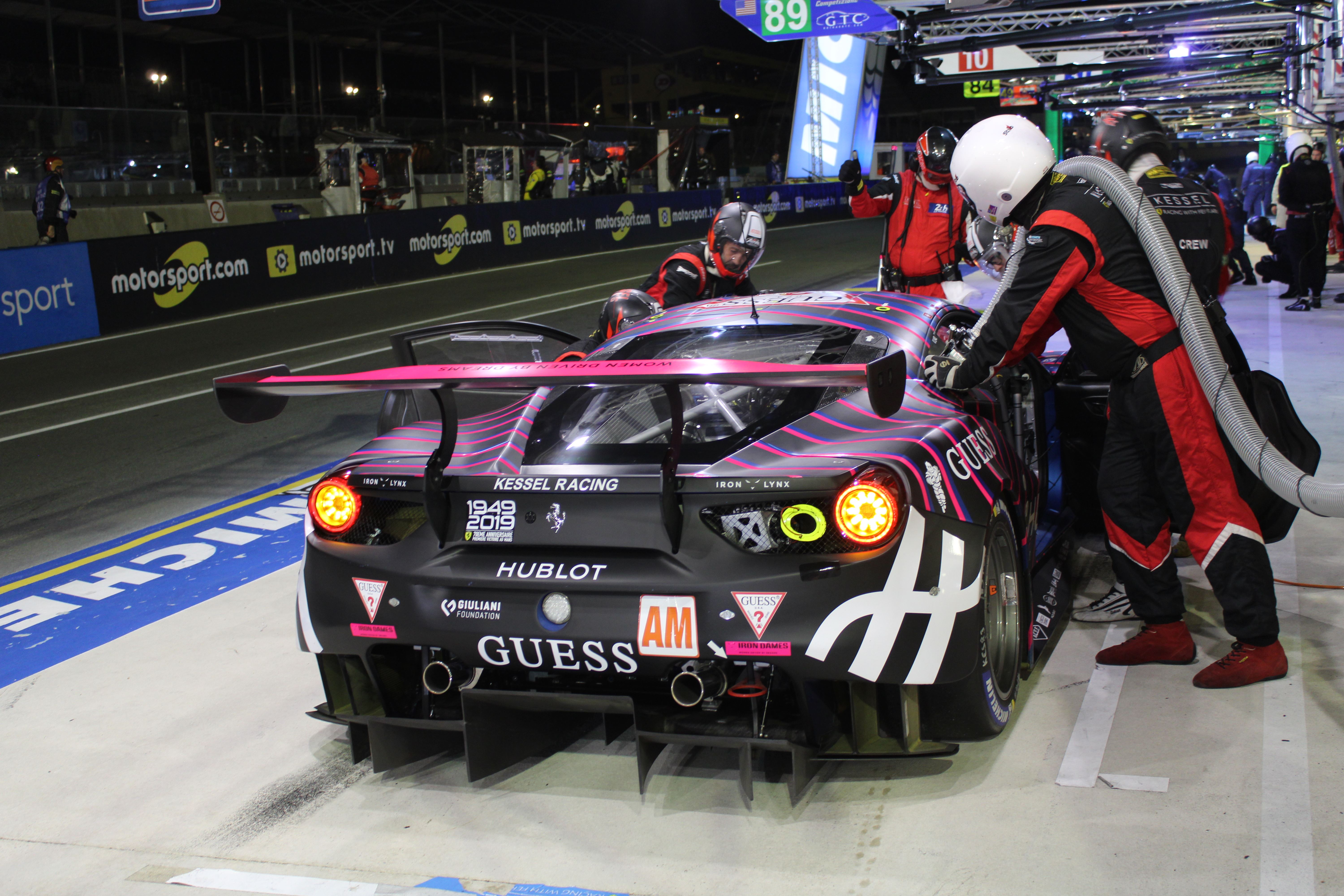 The qualifying was restarted with about an hour left. The cool air and not so busy track made it possible for many teams to set a fast laptime. Luckily, there was green flag for  rest of the session.

Toyota Gazoo Racing couldn’t improve their times from Q2, but on the other hand both SMP Racing #17 and Rebellion Racing #3 were within a second of the Pole laptime, so it made Toyota sweat a little bit. Toyota Gazoo Racing #7 with Jose Maria Lopez, Kamui Kobayashi and Mike Conway took Pole Position ahead of #8. Kobayashi was the one setting the time. 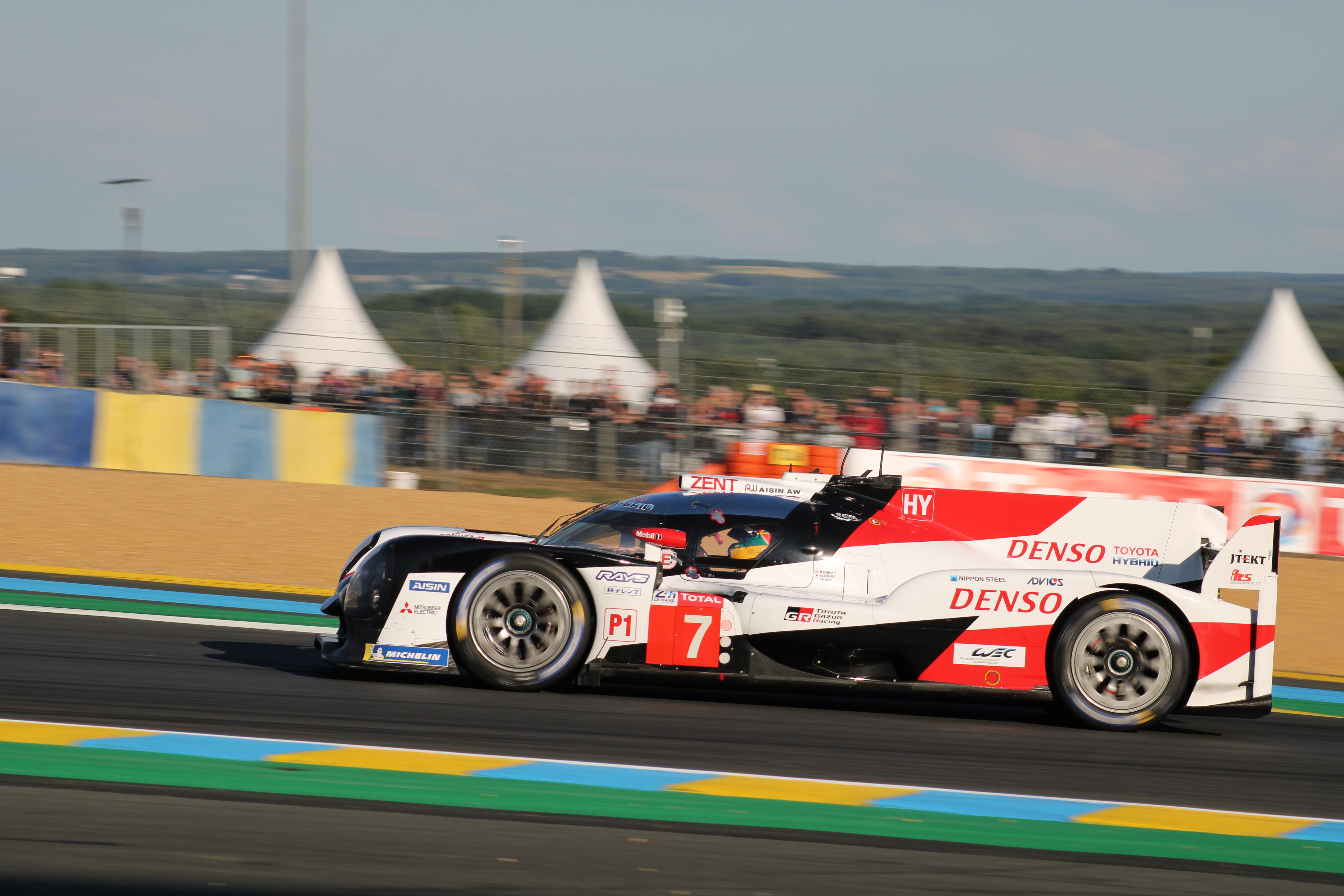 In the LMP2 class, there was a close battle. It ended up with Graff #39 med Tristan Gommendy, Vincent Capillaire and Jonathan Hirschi on Pole Position, in front of TDS Racing #28 and DragonSpeed #31. It was Capillaire who set the quickest time.

High Class Racing #20 with Mathias Beche, Dennis Andersen and Anders Fjordbach was eleventh in LMP2, while Jackie Chan DC Racing #37 with Ricky Taylor, Jordan King and David Heinemeier Hansson was P13. A quick chat with DHH revealed that the team struggled with the set-up of the car. It had been perfect on the test day, but for some reasons they couldn’t find the speed neither yesterday or today. 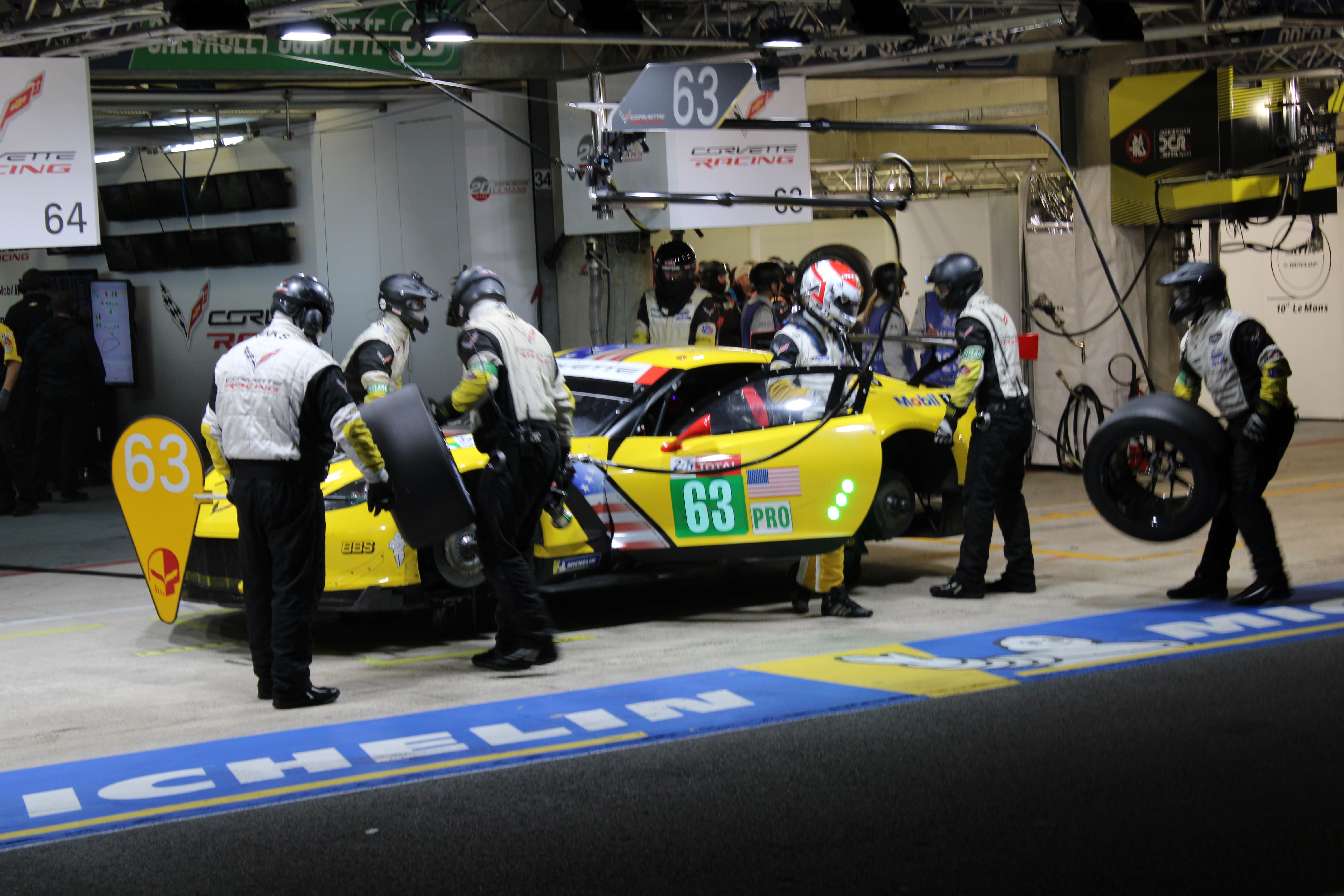 Marco Sørensen in Aston Martin Racing #95 beat everybody by taking Pole Position in the GTE Pro category. He will start from the first row together with Nicki Thiim and Darren Turner, followed by Ford Chip Ganassi Team UK #67 and Corvette Racing #63 with Antonio Garcia, Mike Rockenfeller and Jan Magnussen. 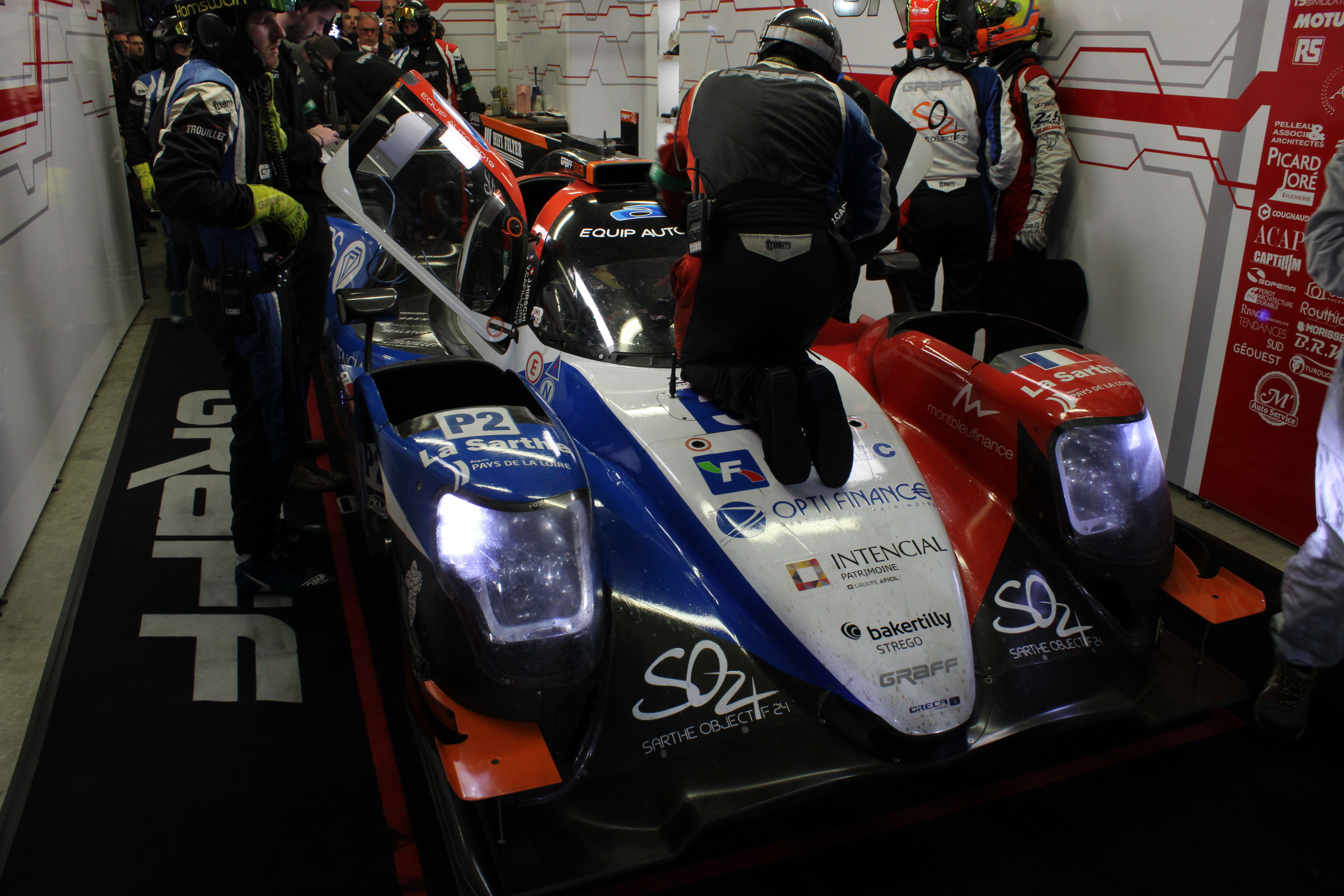 Previously, Michael Christensen was in the contention for Pole Position with Porsche #92, but he and his teammates Kevin Estre and Laurens Vanthoor would have to start from P7 – a second away from the Polesitter.

Dempsey-Proton Racing Porsche #88 fought themselves back to Pole Position, with Matteo Cairoli improving their time, so they beat their teammates in #77 with one tenth of a second. It’s the second year in a row that Cairoli got the Pole with the car. Gulf Racing Porsche #86 made it to a Porsche 1-2-3.

Kessel Racing Ferrari #83 finished 15th, with a time that was set by Michelle Gatting, that was eminently faster than her teammates Rahel Frey and Manuela Gostner. Especially Gostner who struggled, since her best laptime throughout the week so far was almost ten seconds slower than Gatting. Hence don’t expect to see them amongst the fastest, but they will have to get through the race to survive, and see where they end up in the last hours of the race. 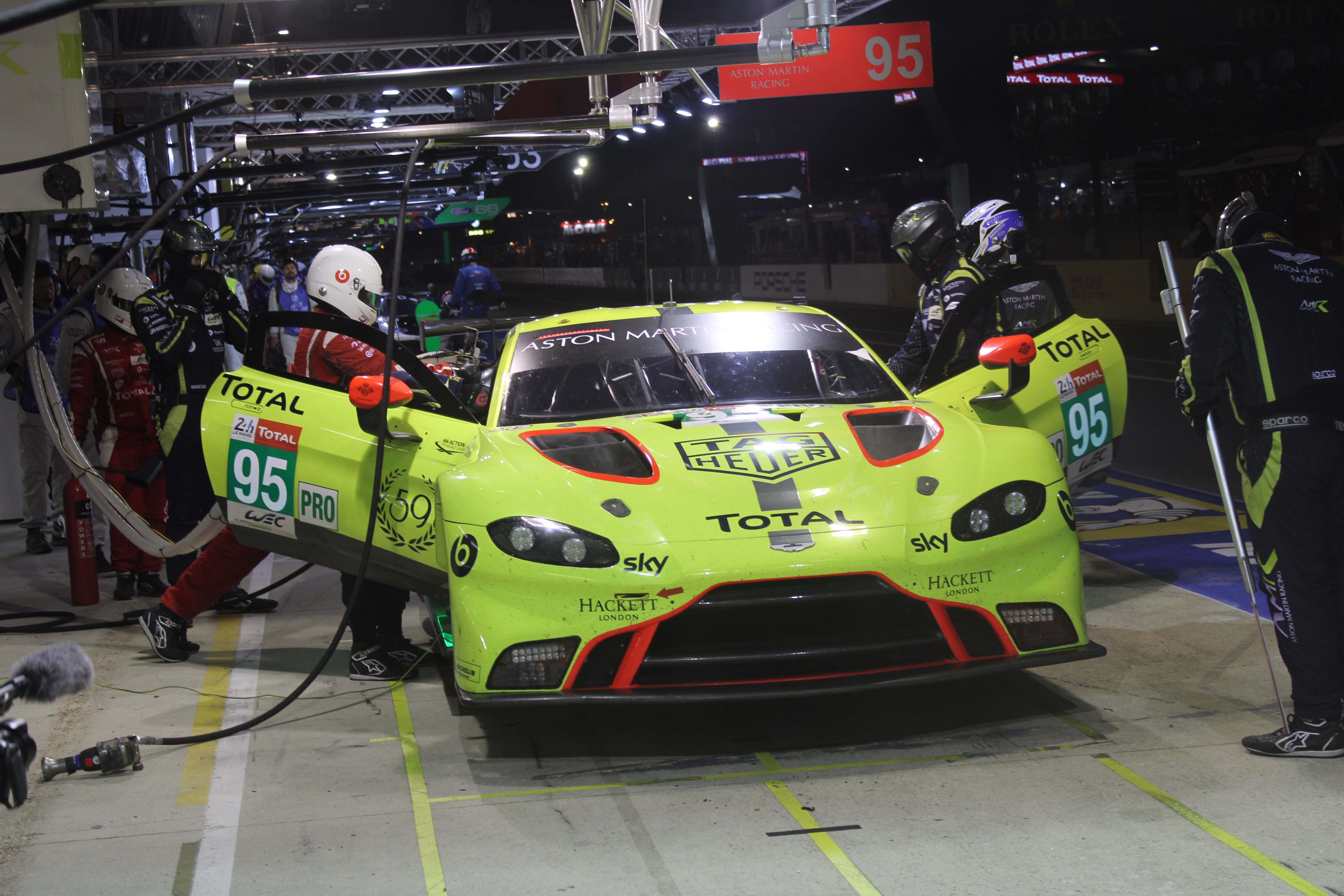 There is no activity on the track on Friday, before the Warm Up Saturday morning at nine o’clock, while the race will start at three o’clock in the afternoon as usual.