It doesn’t seem long ago that Mike Moss took his first racing steps in the Trackday Trophy, and in a fairly short space of time he has claimed three Britcar titles and a class win in the 2017 Silverstone 24hrs race – all in his Moss Motorsport BMW M3 E46, which last year, in the hands of Kris Prosser and Jon Watt, took the Britcar Sprint crown. Moss himself, meanwhile has been concentrating on his team’s unique BMW 1M E82, the innovative machine engineered by Moss Motorsport’s engineering associates Ash Bird and Ed Platt of Woodrow Motorsport. 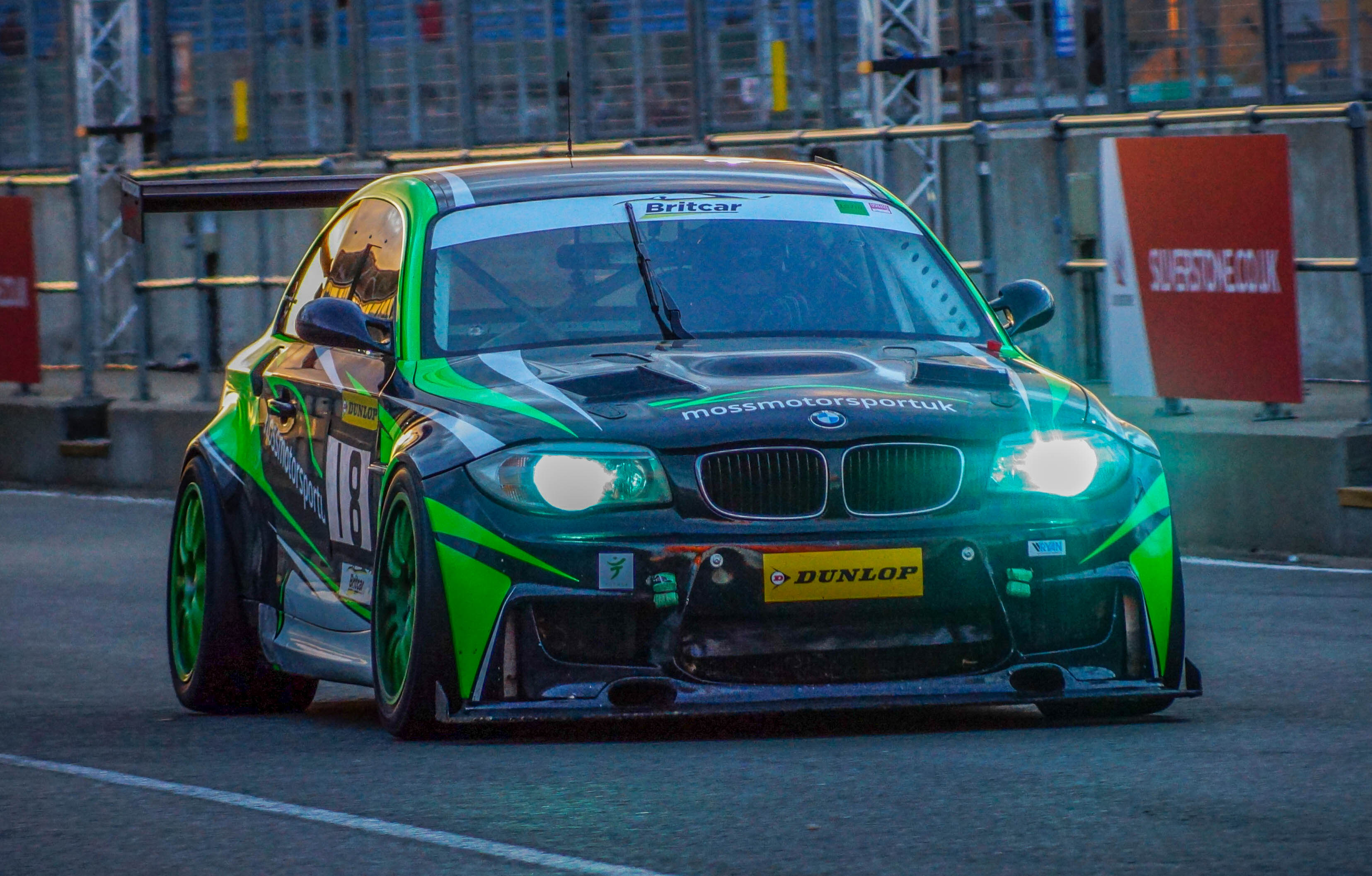 Moss will campaign the 1M in Britcar again for 2019, with a co-driver yet to be announced, though he has had no issue in the past in attracting a seasoned professional or talented amateur to share the duties. Moss Motorsport have been significant supporters of Britcar, particularly since the organisational changes four years ago, and always endeavoured to place two cars on the grid for every event. The 1M is constantly being developed, and can run at the sharp end of a Britcar field, with Moss’s self-proclaimed goal of making the car a “Ferrari beater” showing positive signs of nearing fruition.

As always, the black and dayglo-green Moss Motorsport BMW will be a welcome and serious contender on the Britcar grid.